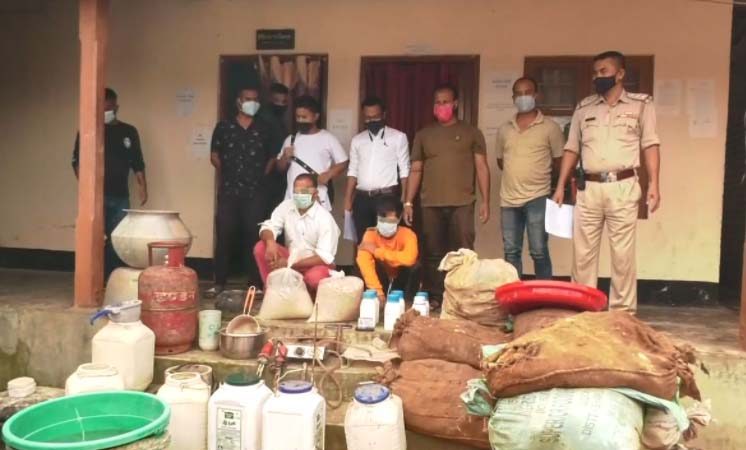 Imphal, September 2: Police busted a drug factory in Manipur’s Imphal East district and seized a huge amount of contraband drugs worth over Rs 90 crore, a senior officer said on Thursday.

Superintendent of Police, Imphal East, N Herojit Singh told reporters that the drug factory was operating from the residence of a police head constable in Yairikpok Tulihal Awang Leikai area of the district.
A police team raided the factory on Wednesday and seized 400 kg of contraband narcotic drugs. The team also arrested two persons including the head constable, the SP said.
The seized contraband drugs were estimated to be worth over Rs 90 crore in the international market, he said.
The two arrested persons and seized drugs were handed over to Andro police station for further investigations and legal action, the SP added. (PTI)