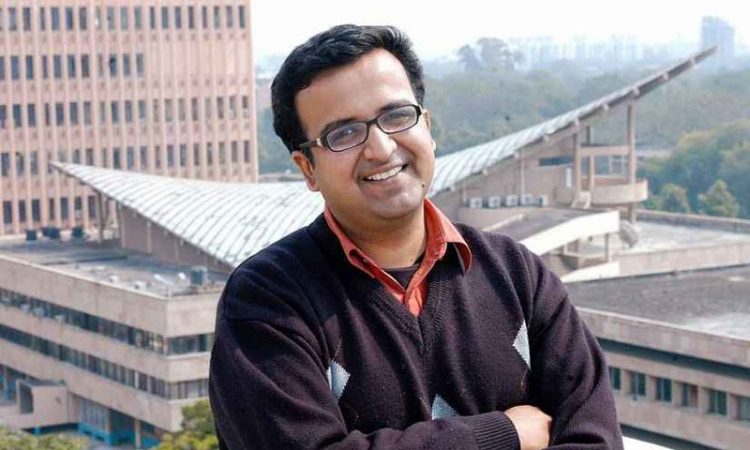 Amitabha Bagchi, who has just won the 2019 DSC Prize for South Asian Literature, says poetry brings love and togetherness in our lives and also shows writers the direction in which they must go to produce something worthwhile for the readers.
The Delhi-based author, whose novel “Half the Night is Gone” bagged the USD 25,000 award, is of the opinion that during troubled times poetry gets sucked out of our lives but needs to be brought back.
“Poetry captures the sound of language, it is able to evoke our deepest emotions. It also allows us to connect with our inner selves. For writers, it shows the direction in which we must go to write something worthwhile for the readers,” he told PTI here.
He says the future of poetry is always secure in this world. “All other forms may live or die but poetry won’t.”
Bagchi uses a number of verses in his book and draws inspiration from works like “Ramcharitmanas”. Though written in English, there are many instances when he relies on Hindi, Sanskrit and Urdu.
In fact, the jury in its citation said the “novel, written in English, feels like a book written in an Indian language, and has the authenticity and the interiority of a work in translation without in fact being a translation”.
“All sub-continental novelists in English since Raja Rao have striven to express in a language that is not one’s own a sensibility that is one’s own’, and this novel evokes the sensibility of not one but three Indian languages: Hindi, Urdu and Sanskrit,” it went on to say.
In “Half the Night is Gone”, a celebrated Hindi novelist Vishwanath, who is heartbroken by the loss of his son in an accident, writes a novel set in the household of Lala Motichand.
It follows the lives of the wealthy merchant and his three sons: self-confident Dinanath, the true heir to Motichand’s mercantile temperament; lonely Diwanchand, uninterested in business and steeped in poetry; and illegitimate Makhan Lal, a Marx-loving schoolteacher kept to the periphery of his father’s life.
In an illuminating act of self-reflection, Vishwanath, the son of a cook for a rich businessman, also tells the story of the lala’s personal servant Mange Ram and his son Parsadi.
Fatherhood, brotherhood and childhood, love, loyalty and poetry – all come to the fore as sons and servants await the lala’s death.
By writing about mortality and family, Vishwanath confronts the wreckage of his own life while seeking to make sense of the new India that came into being after independence.
It took Bagchi four-and-a-half years to complete “Half the Night is Gone”, published by Juggernaut.
“The book is a result of a lot of different things – struggling with a personal loss, readings of Hindi literature, some thinking about religion and its role in Indian life. All these thoughts came together around one particular storyline and from there it began,” he says.
According to Bagchi, winning the DSC Prize means more readers.
“Writers want readers. I hope that more readers will come to this book,” he says.