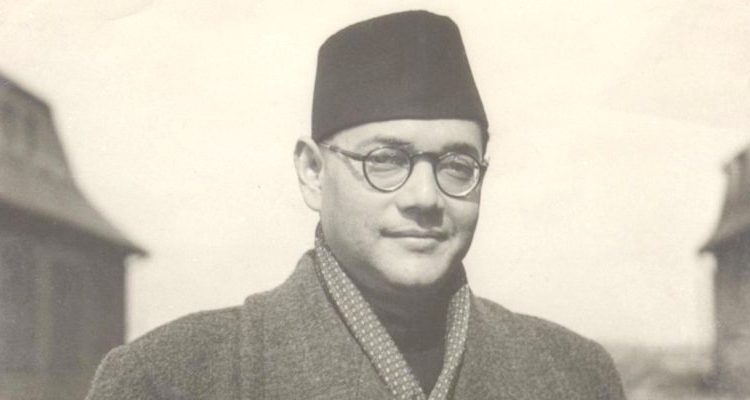 New Delhi, January 9: An 85-member panel, headed by Prime Minister Narendra Modi, has been formed to commemorate the 125th birth anniversary of Netaji Subhas Chandra Bose, the government said on Saturday.
The members include 10 Union ministers and seven chief ministers who will decide on the activities to be undertaken for the year-long commemoration planned by the government.

Union ministers Amit Shah, Rajnath Singh and Nirmala Sitharaman are among those who are part of the committee. West Bengal Chief Minister Mamata Banerjee and her predecessor Buddhadeb Bhattacharjee both have found place in the panel.
With the Bengal Assembly polls around the corner, the panel has a host of BJP leaders and central ministers from the state as members. Suvendu Adhikari, who quit as Trinamool Congress (TMC) MLA and minister in December to join the BJP, has also been included in the high-level committee.
The members also include historians, authors, citizens, members of Netaji Subhas Chandra Bose’s family, experts, as well as eminent people associated with the Azad Hind Fauj (INA), the Ministry of Culture said in a statement.
The list of members also include musician A R Rahman, actors Kajol and Mithun Chakraborty, cricketer Sourav Ganguly, and Medanta chairman Ravi Kasliwal. Secretary in the Ministry of Culture Raghvendra Singh is the convenor of the panel.
Members of the committee from Bengal include Union Ministers Babul Supriyo and Debasree Choudhury, BJP state president and MP Dilip Ghosh, BJP parliamentarians Raju Bista, Roopa Ganguly, Sunil Mondol, Jayanta Kumar Roy, Jagannath Sarkar, Saumitra Khan, Khagen Murmu and Jyotirmay Singh Mahato.
The TMC will be represented by its MP Sudip Bandhyopadhyay. Congress leaders Ghulam Nabi Azad and Adhir Ranjan Chowdhury are included in the committee. Rajya Sabha members Swapan Dasgupta and Rajeev Chandrasekhar also its members.
Apart from Banerjee, Chief Ministers Neiphui Rio of Nagaland, Naveen Patnaik of Odisha, Biplab Kumar Deb of Tripura, Biren Singh of Manipur, Zoramthanga of Mizoram, and Conrad Kongkal Sangma of Meghalaya are members of the panel.
“The mandate of the National-Level Committee will be to approve policies/plans, programmes and supervise and guide the commemoration of the 125th Birth Anniversary of Netaji Subhas Chandra Bose including preparatory activities and decide on the broad dates for the detailed programme of celebration.
“The recommendations of the committee will be considered by the government for implementation, subject to extant rules, instructions and practices,” a gazette notification issued on Saturday said.
The government in a statement on December 21 had said that Amit Shah was to head the committee, but Modi’s decision to chair it himself underscores the importance the Centre has accorded to the exercise.
While the Centre has its plans, the West Bengal chief minister has also announced her own plans to commemorate Netaji’s birth anniversary. These include a grand parade in Kolkata and the dedication of the Independence Day parade in the city to Netaji Subhash Chandra Bose.
The Ministry of Culture itself has planned a series of activities in Kolkata and its minister Prahlad Patel, who is a member of the panel, has announced that all documents, pictures and memorabilia available with the Bose family and other INA members will be gathered and displayed in Kolkata in the form of a museum.
He had also said on January 23 that an exhibition on Netaji will be held at Victoria Memorial and an “an eminent personality” will deliver the Netaji Subhas Chandra Bose Memorial lecture on the day. (PTI)