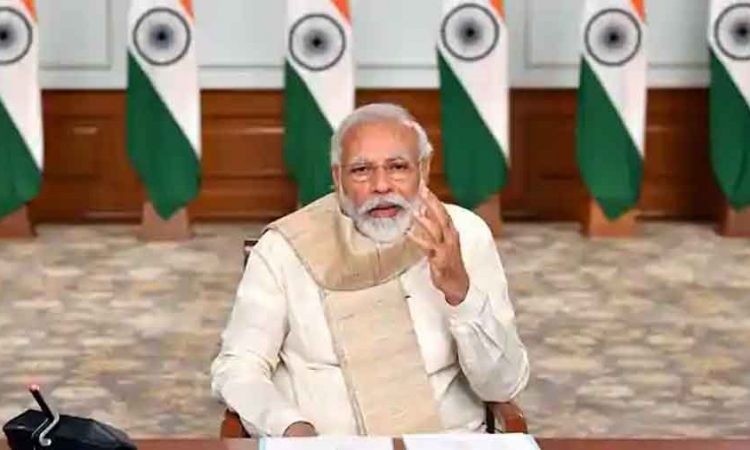 New Delhi, August 6: Prime Minister Narendra Modi will deliver the inaugural address at the ‘Conclave on Transformational Reforms in Higher Education under National Education Policy’ on Friday, an official statement said.
The conclave is being organised by the Ministry of Human Resource Development and the University Grants Commission, it said.
The conclave will have sessions dedicated to significant aspects of education covered under the new National Education Policy (NEP), including holistic, multidisciplinary and futuristic education, quality research and equitable use of technology for better reach in education.
The NEP approved by the Union Cabinet at a meeting presided by Prime Minister Narendra Modi replaces the 34-year-old National Policy on Education framed in 1986 and is aimed at paving the way for transformational reforms in school and higher education systems to make India a global knowledge superpower.
Choice between 3 or 4 year undergraduate courses, multiple entry and exit options in degree courses, adding 3.5 crore seats in higher education institutions, which will now have a single regulator, discontinuation of M.Phil programmes and fixation of fees are among the higher education reforms outlined in the new NEP.
The policy has proposed setting up of a ‘single overarching umbrella body for the entire higher education’.
The Higher Education Commission of India (HECI) will have distinct and independent bodies, which will each assume separate functions of accreditation, funding, and academic standard setting.
These bodies will replace autonomous bodies like the University Grants Commission (UGC), All India Council of Technical Education (AICTE) and the National Assessment and Accreditation Council (NAAC).
“Union Minister for HRD Ramesh Pokhriyal, Union Minister of State Sanjay Dhotre would also be participating in the event. A number of dignitaries, including the chairman and members, committee for the draft NEP as well as eminent academicians and scientists will speak on different aspects of the National Education Policy,” the statement said.
“Vice-Chancellors of universities, directors of institutions and principals of colleges and other stakeholders will participate in the programme,” it added. (PTI)