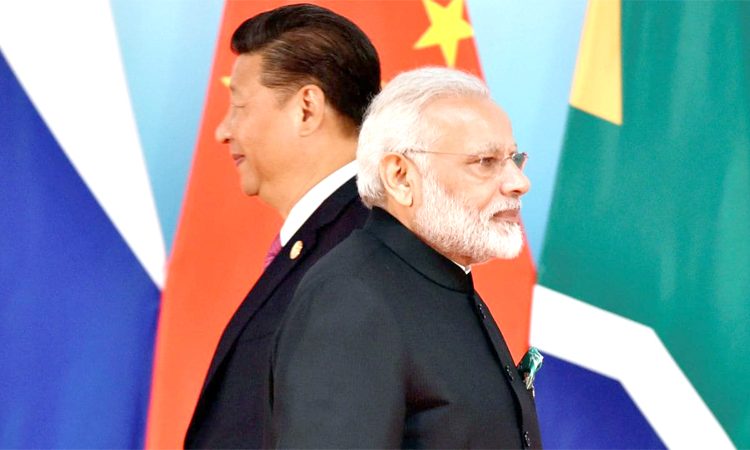 New Delhi, November 9: Prime Minister Narendra Modi will on Tuesday join the heads of state of China and Pakistan at the virtual summit of the Shanghai Cooperation Organisation (SCO), which is expected to set the agenda for the body for the coming year.
This is the first time that the annual meeting of the SCO heads of state is being held virtually because of the Covid-19 pandemic. Russia, the current chair of SCO, has organised most of the grouping’s meetings virtually this year, except for the meetings of foreign ministers and defence ministers that were held in Moscow in September.
The SCO Summit, being held against the backdrop of the India-China border standoff, is among five virtual meetings this month that will be joined by the top leadership of the two countries.
President Vladimir Putin will chair Tuesday’s virtual meeting and the heads of state of the eight SCO members – Russia, China, India, Pakistan, Kazakhstan, Kyrgyzstan, Tajikistan and Uzbekistan – will speak for 10 minutes. The heads of state of four observer countries – Iran, Afghanistan, Belarus and Mongolia – will join the meet, and the SCO secretary general and executive director of the SCO’s Regional Anti-Terrorist Structure (RATS) will also address the gathering.
The SCO Summit is the grouping’s main body that sets the agenda and main directions for the next year. The meeting is expected to focus on all the main areas of activity, including politics, security, trade and economy, and it will conclude with the adoption of the Moscow Declaration containing the joint position of the members on global and regional issues.
There will also be statements on issues such as digital economy, Covid-19, countering terrorism, including on the internet, and countering drug trafficking. The summit is also expected to make decisions on major projects and trade and economic initiatives.
Modi, who has led the Indian delegation to the annual summit since India became a full member of SCO in 2017, had outlined his vision with the acronym HEALTH – covering healthcare cooperation, economic cooperation, alternative energy, literature and culture, terrorism-free society and humanitarian cooperation – at last year’s summit in Bishkek. (Courtesy: HT)