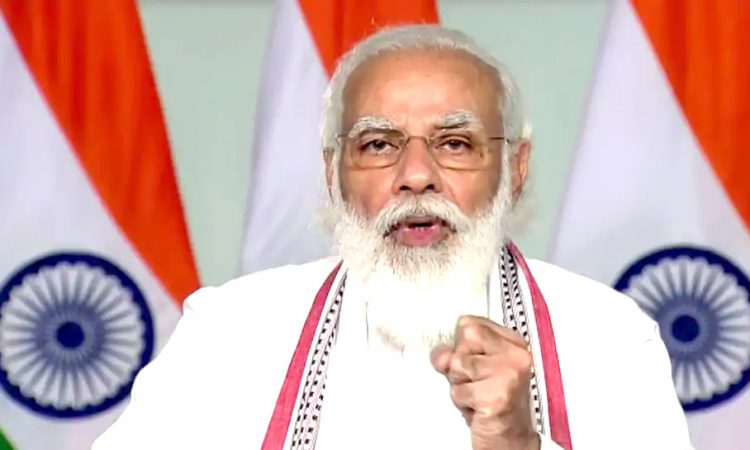 PM Narendra Modi will address the valedictory function via video conferencing at 10:30 AM.
“Three national winners of the Festival will also express their views during the event,” informed the PMO.
Lok Sabha Speaker Om Birla, Union Education Minister Ramesh Pokhriyal and Union MoS (I/C) for Youth Affairs & Sports Kiren Rijiju will also be present on the occasion.
According to PMO, the objective of the National Youth Parliament Festival (NYPF) is to hear the voice of youth between 18 and 25 years of age, who are allowed to vote and will join various careers in coming years, including public services.
“NYPF is based on the idea given by the Prime Minister in his Mann Ki Baat Address on 31st December 2017. Taking inspiration from the idea, the first NYPF was organised from 12 January to 27 February 2019 with the theme “Be the Voice of New India and Find solutions and Contribute to Policy”. A total of 88,000 youth participated in the program,” said PMO.
Notably, the second NYPF was launched on December 23 2020 through virtual mode and over 2.34 lakh youth from across the country participated in the first stage.
It was followed by State Youth Parliaments through virtual mode from January 1 to January 5 2021.
The finals of the second NYPF will be held in the Central Hall of the Parliament on January 11, 2021 where 29 National winners will get an opportunity to speak before the National Jury comprising of Roopa Ganguly, MP, Rajya Sabha, Parvesh Sahib Singh, MP, Lok Sabha and Prafulla Ketkar, eminent journalist.
The top three winners will get an opportunity to speak before Prime Minister Modi in the valedictory function on January 12. (Agencies)