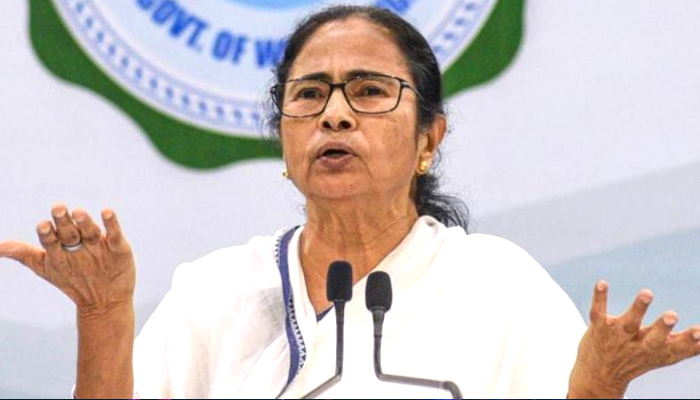 Asserting that Modi had done little to address the crisis in medical oxygen supplies and shortage of vaccines faced by states, she said the prime minister should have planned for the second wave of infections which have come now in the months after the first peak in September subsided.
Banerjee, speaking at the cantonment town of Barrackpore, also accused Modi of exporting vaccines to other countries to boost his image in the international arena while there was a scarcity in his own country.
“For the rise in COVID-19 cases PM Modi should resign.
He is the man responsible for the present situation. He did not plan in time for (the crisis in) 2021. Look at the situation in Gujarat.
“The BJP cannot tackle the COVID-19 spike even in Gujarat, and has brought the entire country, including West Bengal, to such a pass,” the TMC supremo said.
Highlighting that the West Bengal government had asked for 5.4 crore doses of vaccine from the prime minister for vaccinating every citizen of the state free of cost, the chief minister said, “we are yet to get any response from him”.
West Bengal would have borne the entire cost of the COVID-19 vaccines, the chief minister said.
“I will send a strong letter to the PM today on this issue. There is shortage of oxygen and anti-viral drug Remdesivir in the entire country. Who is responsible for this? Had they (central government) given us the consent, we would have been able to vaccinate every resident of the state,” she asserted.
“The crisis in life saving materials has also been flagged by the Maharashtra government. But without attending to these issue you (Modi) are attending election rallies in Bengal,” she said.
The prime minister had on Saturday said that Banerjee had skipped meetings he held ith chief ministers on the Covid situation.
Banerjee added she is in constant touch with the chief secretary and health secretary about the covid situation and it has been decided to increase the number of beds in Covid hospitals and to appoint nodal officers to handle the crisis in each district.
Accusing Modi of exporting vaccines to 80 countries, even as India faced shortages, the chief minister said “we have no problem if you help others in the world, but first give it to Maharashtra, Uttar Pradesh, Bengal, and other states of the country. You failed to do so and was only concerned about your image-building exercise in the global community.”

Earlier in the day, at a rally at Tehatta, the chief minister had accused BJP leaders of bringing “outsiders” to assist them in their campaigning, without COVID-19 tests, and held this influx responsible for the increase in coronavirus cases in the state. (PTI)