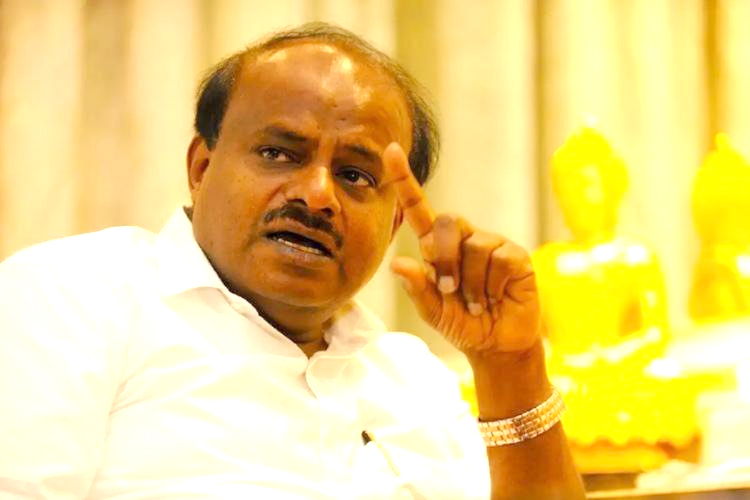 Bengaluru, September 30: Janata Dal (Secular) leader H D Kumaraswamy on Wednesday claimed that in 2018 Prime Minister Narendra Modi himself offered him the Chief Ministership of Karnataka for an uninterrupted five years if his party joined hands with the BJP.
The May 2018 assembly polls had thrown up a hung assembly with BJP nine seats short of a simple majority in the 224-member House. The JD(S) eventually joined hands with the Congress to form a coalition government which lasted 14 months before some legislators of both parties quit and crossed over to the BJP.
Kumaraswamy made this claim while addressing his party workers in Sira of Tumkur district. Sira and RR Nagar constituencies in Karnataka are going to bypolls on November 3. Sira was represented by JD(S) till its legislator B Sathyanaryana succumbed to Covid-19 on August 5 necessitating the bypoll.
“PM Modi himself offered me the CM’s post for five years and said nobody will touch you during that period,” Kumaraswamy said without elaborating anymore.
He also took a swipe at the JD (S)’s former alliance partner Congress.
“Despite declining the CM’s post due to ill-health the Congress begged me also to take over reins but the experiment didn’t last due to the perverse mentality of some leaders of that party,” the former chief minister said.
The BJP ridiculed Kumaraswamy’s claim. “He has a habit of making up things when convenient to him. How can he make the claim without a shred of evidence? JD(S) is a party fighting to remain politically relevant. Nobody will take his claims seriously,” said S Prakash, BJP spokesperson.
Earlier in the day, leader of opposition in the assembly Siddaramiah also ruled out any possibility of joining hands with its former ally JD(S) to jointly take on the BJP.
“Congress is a strong national party which is capable of fighting (the BJP) on its own. There is no question of any tie-up.” (Courtesy: HT)