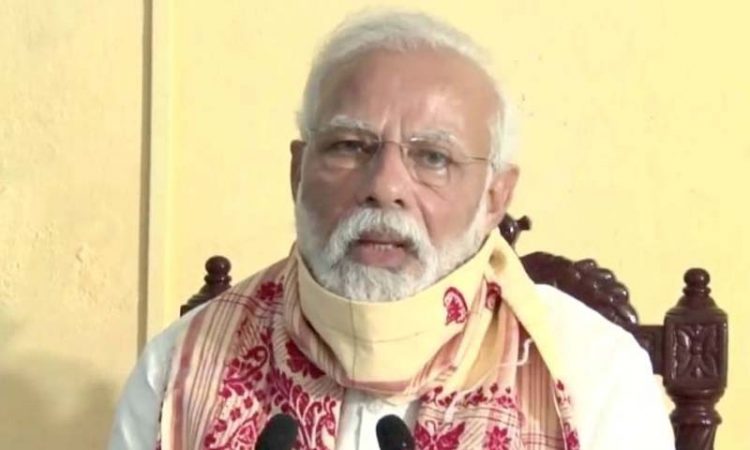 Rewa, July 10: Prime Minister Narendra Modi on Friday said India has emerged as the most attractive global market for clean energy and maintained self-reliance in electricity is a key component of the Centre’s ‘Aatmanirbhar Bharat’ campaign.
Launching a 750 MW solar project in Rewa in Madhya Pradesh through video-conferencing, Modi also said the state will emerge as a major hub for clean and cheap power in the country.
“Solar energy is sure, pure and secure and the country is now among the top five solar power producers in the world,” he said.
The Rewa solar power plant will not only supply power to Madhya Pradesh, but also to the Delhi Metro, Modi said.
Rewa Ultra Mega Solar (RUMS) project is Asia’s largest such power facility and Delhi Metro will be one of its institutional customers outside the state.
Modi said self-reliance in electricity is integral for ‘Aatmanirbhar (self-reliant) Bharat’, adding solar energy will play an integral part in achieving this objective.
The world is in a dilemma on whether to focus on the environment or on the economy, Modi said.
However, India has shown to the world that the environment and economy are not at odds, but are complementary to each other, the PM said.
The country has successfully demonstrated this in implementing programmes like Swachh Bharat, LPG connections to the poor (under Ujjwala scheme), CNG and electricity-based transportation, among others, he said.
He said solar energy is sure, pure, and secure and will be a major source of power in the 21st century.
“It is sure because the sun would shine throughout the world; it is pure because solar energy rather than polluting the environment, helps replenish it; it is very secure as it is a symbol of self-dependence and fulfils energy requirements,” he said.
Referring to the “Aatmanirbhar Bharat” campaign of his government, Modi said the country has to produce solar panels, batteries and other equipment on its own and has to reduce dependence on imports in this sector.
“Today, Rewa has scripted history. Rewa is identified with the name of mother Narmada and the white tiger. Now, the name of Asias largest solar power project has also been added to it,” he said.
Modi congratulated the people of Rewa and also Madhya Pradesh, adding the solar plant will help make the area a big centre of energy in this decade.
Work is going on for up setting similar solar power plants in Shajapur, Neemuch and Chhatarpur and also a floating facility in Omkareshwar (a temple town in Khandwa district), Modi said.
Once these projects are completed, Madhya Pradesh will definitely emerge as a hub for providing clean and cheap energy in the country, he said.
Talking about the coronavirus pandemic, Modi urged people to remain alert, adhere to social distancing norms, wear face masks and wash hands regularly to protect themselves from COVID-19.
Madhya Pradesh Governor Anandiben Patel, Chief Minister Shivraj Singh Chouhan and Union ministers R K Singh and Dharmendra Pradhan attended the solar plant inauguration virtually.
The Rewa project comprises three solar generating units of 250 MW each located on a 500 hectare plot of land situated inside a Solar Park (total area 1500 hectare).
The Solar Park was developed by the Rewa Ultra Mega Solar Limited (RUMSL), a joint venture company of Madhya Pradesh Urja Vikas Nigam Limited (MPUVN), and Solar Energy Corporation of India (SECI), a Central Public Sector Undertaking. (PTI)