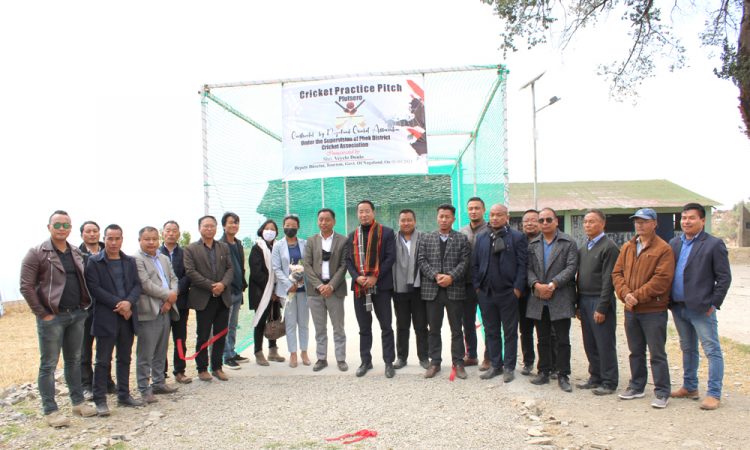 Veyelo Doulo, Deputy Director, Department of Tourism along with PDCA members and others at Pfutsero on March 1.

A release from PDCA stated the pitches were constructed in a bid to develop and popularize the game of cricket at the grassroots in Phek district.
At Phek town, the pitch was dedicated to the young cricketers by Zhoi Lohe, SDO (Civil) Phek on February 27.
Meanwhile, at Pfutsero, Veyelo Doulo, Deputy Director of Tourism, inaugurated the pitch on March 1. (Page News Service)