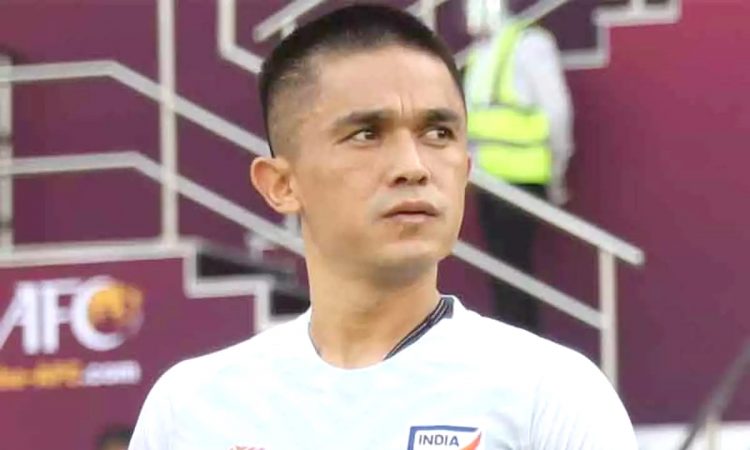 NEW DELHI, June 9: India captain Sunil Chhetri on Wednesday said people who understand the sport of football know there is no comparison between him and Argentina striker Lionel Messi.

Chhetri had added another feather to his illustrious cap as he overtook Messi to become the second-highest active international goalscorer on Monday. He achieved the feat when he struck a brace to help India defeat Bangladesh 2-0 at the Jassim Bin Hamad Stadium at Al Sadd Club in Doha.
“It is people having their opinion and it is fine because people will have opinions. If you want to know my take on it, the fact is that there is no comparison whatsoever, forget between me and Messi, but between me and any player in that whole category. There are 1000 and 1000 players who are better than me and all those 1000 and 1000 are fans of Messi. That’s the reality. People who understand football know that there is no comparison.
“I have pretty good knowledge of football so I know there is no comparison. What I am proud of is that I have played more than 100 matches for the country,” said Chhetri during a virtual press conference.
“My advice to anybody who sees that goalscoring chart, my advice to them would be, be happy for five seconds, but that is about it. There is no comparison between me and Messi, the whole world is a fan of Messi, but anybody there in the list, there is no comparison, and that’s the truth,” he added.
When asked how he still manages to stay so passionate about the sport, Chhetri said: “There are many ways I can answer that, but the one I choose today, if I give you the national team jersey tomorrow and ask you to give your best for the country, you are going to do that my friend. What keeps me going is that I wear the national team jersey. There are 1.4 billion people in the country and I am one of the players who represents the country. Some days I am going to convert the goals, some days I am going to miss. I am trying to do my best and that is the bare minimum I can do. Playing for your country is not that difficult, probably reaching there is.”
“I just want to play and win, not that I win every game that I play. This is a brilliant life that I live. I have played more than 100 games for the country. I completely cherish it and I give it everything I have,” he added.
The 36-year-old also remained optimistic about the national team producing way better players than him in the future. He also said that his job is to give his best and nurture the budding talent.
“It is a process and it takes time. You need to work on small details of finishing. Where I see Indian football in the coming 10-15 years, there will be many players who are going to score goals. Many people ask me what will be there after you? I say there will be better players and that is how evolution works. You have to believe that, if you keep getting players like me, we will be where we are, but where I want to see my country is way above, so there will be better players than me. It takes time, my work is till the time I am here, I give my best,” said Chhetri.
“I do not look at my job like that my friend. When I started scoring goals for my country and club, then also I did not take pressure because it does not help. You are not guaranteed a goal in the next game. Some of the times I do get bogged down when I am not scoring goals,” he added.
When asked about the coaching style of Igor Stimac, Chhetri said: “The coaching is pretty simplified, the only issue is you need a little bit of training, you need a little more of matches. I have been told that there has been a backlash about us not passing enough, and I am one of those fans who have the same feeling. I also want to see my team passing more.”
“A lot of players also want that, but it will take time. We have players who are comfortable with the ball, you need to play a lot more matches and it will come. A lot of boys are comfortable with the ball and the technical part where you need to be good with the ball, that will come,” he added.

India will next lock horns against Afghanistan in the Qualifiers on June 15. The side is already out of contention to qualify for FIFA World Cup 2022, but the Blue Tigers can still qualify for the AFC Asian Cup. (ANI) 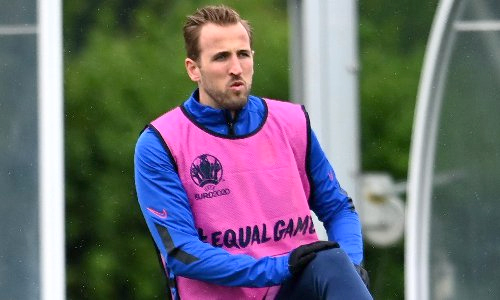