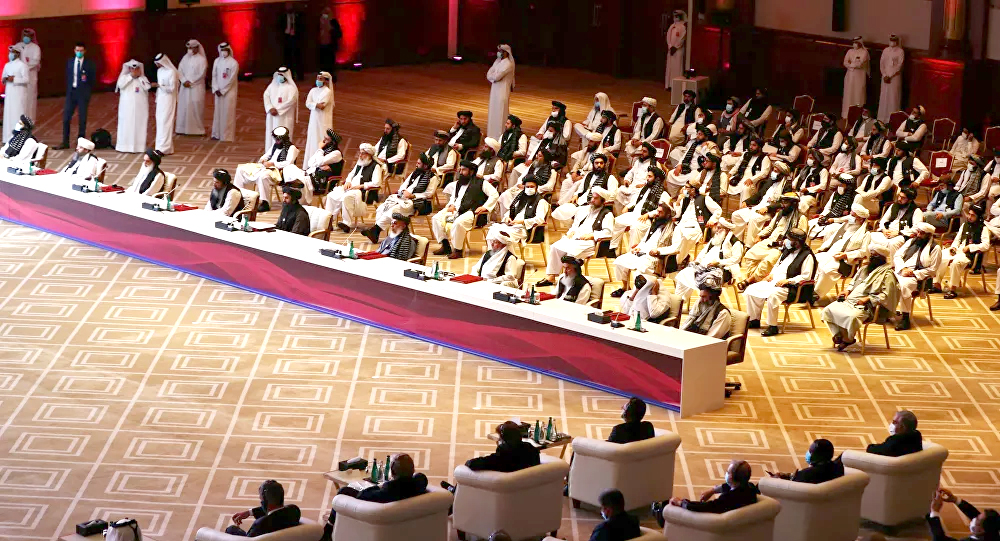 NEW DELHI, SEPTEMBER 12: India attended the intra-Afghan talks in Doha on Saturday which was attended by a senior official in-person while the Foreign Minister S Jaishankar virtually.
Joint Secretary (Pakistan-Afghanistan-Iran) in Ministry of External Affairs, JP Singh, in Doha witnessed the ceremony.
Taking it to Twitter, Jaishankar said, “Addressed the conference on Afghan peace negotiations at Doha today. Conveyed that the peace process must be Afghan-led, Afghan-owned and Afghan-controlled, respect national sovereignty and territorial integrity of Afghanistan, promote human rights and democracy, ensure the interest of minorities, women and the vulnerable, effectively address violence across the country.”
“The friendship of our peoples is a testimony to our history with Afghanistan. No part of Afghanistan is untouched by our 400-plus development projects. Confident that this civilizational relationship will continue to grow,” he added.
India had attended the signing of the US-Taliban pact on February 29.
Earlier this week, the Foreign Minister had visited Iran and had discussed the situation in Afghanistan.
After that, Defence Minister Rajnath Singh met his counterpart in Iran.
Jaishankar on Tuesday flew to Tehran and met Iranian Foreign Minister Javad Zarif and discussed the Chabahar port project and the situation in Afghanistan.
The Foreign Minister was on his way to Moscow for the Shanghai Cooperation Organisation Foreign Ministers’ meeting on Monday, and made a technical halt for refueling the special aircraft.
The intra-Afghan talks, a significant development in the middle-east region, come after the Afghan Government released the last batch of 6 Taliban prisoners on Thursday.
Kabul and the Taliban had announced that the long-awaited “intra-Afghan” talks would begin on September 12 in Doha, Qatar. (Courtesy: TS)