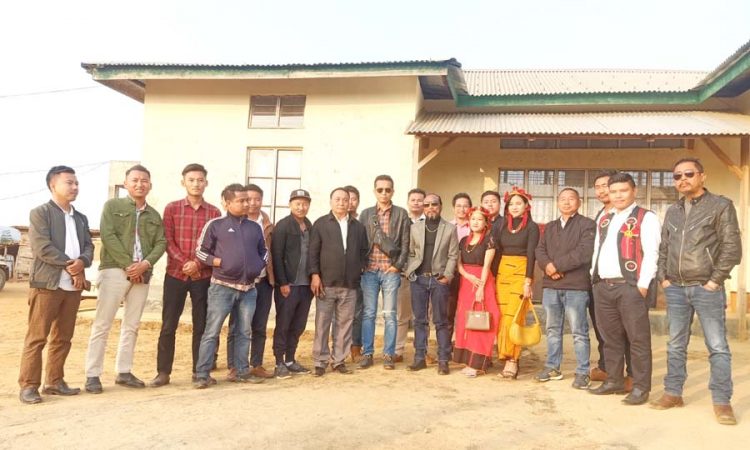 Kallol Dey
DIMAPUR, JANUARY 31: Putting to rest all speculations over whether he would join with the 7 NNPGs or the NSCN-IM, General Niki Sumi of NSCN-K today asserted that he would not be joining either. “I have entered into ceasefire for Naga unity and listening to the voice of the Naga people who want peace,” the ‘wanted’ NSCN-K chief said.

In a new twist to the unending saga of Naga political talks, the former Naga army general and currently President of a breakaway faction of NSCN-K today declared that he would only sit down for dialogue if both the NNPGs and the NSCN-IM come on one table to talk to the Government of India with the Naga people as witness.
Talking to this Correspondent, Niki Sumi said that if GoI is sincere, then all groups can be brought to one table. “All groups are in ceasefire with the GoI, so if the Government wants we have to sit together. It’s not upto us,” the Naga underground leader who had very recently and mysteriously surfaced overground to renew ceasefire with the Centre, said.
Interestingly, Nagaland Governor RN Ravi, Interlocutor for the Naga peace talks since 2014, seems to have been sidelined in the Niki Sumi case. According to sources, the Intelligence Bureau has machinated bringing Niki Sumi into the peace talks under the direction of the Ministry of Home Affairs (MHA). Asked if he has yet met with the Interlocutor since coming overground, Niki Sumi replied in negative. “I am in touch with the Ministry of Home Affairs through the Intelligence Bureau,” he informed.
Peace paramount, will listen to Nagas
Interacting with a motley group of social media influencers, and young Naga leaders inside a Nagaland Police facility in the outskirts of Dimapur, Niki Sumi assured that he would listen to the Naga people and work in accordance with the desire of the people. “I have told the Government of India that I will ask the people what they want,” Niki said, adding that he has placed no demands as of now. The GoI purportedly has asked Niki to state his demands. “I told the GoI I have no demands. People want peace, I will ask the people. Whatever people say I will do.”
Sumi, who is the prime accused in the ambush on Indian Army in Manipur which claimed the lives of 18 soldiers, and carries a bounty on his head, said that he risked coming out of the jungles for peace talks with the GoI not knowing whether he would be killed or jailed. “I have done that heeding the voice of the people who want peace,” he claimed. Sumi also informed that despite being cautioned by his well-wishers, he has not bargained with the Centre to remove the charges against him.
“It was not my dream to make peace (with India),” the once dreaded militant said addressing speculations over his sudden change of mind. But it is the unending cycle of killings and turmoil within the Naga family that has moved him to lay down the gun. Sumi reflected that Nagas have been killing each other since before the British, and till now, with Nagas killing more Nagas than the Indian Army. “Nagas have not tasted peace for a single day, one tribe or group can’t stand another,” he observed adding that the time has come for all to come together and bring peace.
“NSCN-IM also Nagas, the 7 NNPGs are also Nagas,” Sumi said, and urged all the groups to work together as they are working for the single cause of realizing the aspirations of the Naga people. “Don’t continue with factionalism. End factions. Misunderstanding will never end,” Sumi urged, while stating that if Nagas unite today then “we can later get what we want, that is not being given to us today.”
Come together for talks with people as witness
In the midst of the charges and counter charges between the NSCN-IM and the NNPGs, Niki Sumi today asserted that there is no other way but for all groups to come together on one table to talk to the GoI with the Naga people as witness. Stating that the GoI has been insisting on an inclusive solution and one solution, Sumi stated he would not be part of any dialogue unless the NSCN-IM, NNPGs and NSCN-K sit down on one table with representatives of all tribes, and the Naga National Workers should agree to whatever is acceptable to the Naga people. “If we can’t do that then we should surrender.” He also called upon the Naga people to give ultimatum to all the Naga groups to unite for peace or break ceasefire.
Clearing the air regarding the roadmap of the NSCN-K, Sumi said that he has not come out to ally with either the NNPGs, or the NSCN-IM. He said that the group of 14 tribes had also misinterpreted his statement and expected him to join with the 7 NNPGs.

Young Voices Need to be Heard
Speaking on the occasion, former general secretary of Sumi Hoho, Dr. Vihuto Assumi, who has been instrumental in bringing Niki Sumi to the peace table said that while it is the Naga tradition to listen to elders, young voices should not be suppressed. The voice of the young Nagas present in the meeting today was loud and clear – all demanding solution at the earliest and an end to the burden of taxation by multiple groups. One of them pointed out that the Naga Underground leaders have been getting rich overnight while people continue to suffer. Popular Naga blogger Pito Swu, one of the people who initiated and facilitated today’s interaction with the Naga rebel, pointed the Naga UGs have lost public support unlike the earlier days when Naga people used to respect and protect them. He urged Niki Sumi not to disappoint the Naga people.