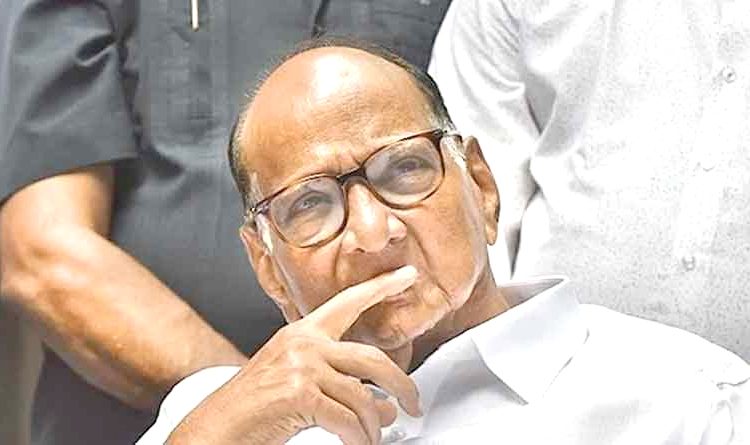 Mumbai, December 12: NCP chief Sharad Pawar had two opportunities to become the Prime Minister of India but his detractors in the Congress party denied him the same, NCP leader Praful Patel has written in an article on the occasion of the 80th birthday of the NCP chief.
The article was published by Shiv Sena mouthpiece, Saamna, on Saturday.
“After Rajiv Gandhi’s unfortunate death during the Lok Sabha elections in 1991, the Congress party was in a state of shock. There was a demand to make Pawar party president to handle the situation but some drawing room politicians conspired to block this. They did not want a strong leadership for the party and hence made P V Narsimha Rao the Congress president,” Patel has written.
“After the results of Lok Sabha elections, Congress was close to winning a majority (in Parliament) and again there was demand to choose Pawar as prime minister. However, the same people got together and misused Sonia Gandhi’s name to make Rao prime minister,” Patel says in the article.

“There has been a conspiracy against Pawar since 1989 when he was the chief minister of Maharashtra. I have witnessed how conspiracies were hatched against him in Delhi. I have seen how he lost the prime ministership when he was within a striking distance from the same,” Patel writes.
He has also claimed that Rao was prejudiced against Pawar when the former was the prime minister.
Later in 1996 Lok Sabha elections, Congress lost the elections. Patel says there could have been an opportunity for Pawar to get to the top office since there was a fractured mandate.
“The Congress could win 145 seats. H D Deve Gowda, Mulayam Singh Yadav and leaders of the Left had shown willingness to be part of the government if Pawar replaced Rao as Congress nominee for prime ministership. Rao was not willing and as such Congress had to extend outside support to Deve Gowda,” Patel has claimed.
Later in 1997, then Congress president Sitaram Kesari withdrew support from the Deve Gowda government. “125 Congress MPs had gathered at Pawar’s residence and extended their support to him but Pawar chose not to take any step to prevent a split in the Congress. It was the second time when he lost an opportunity to get the prime ministership,” Patel stated.
Patel alleges that Pawar’s targeting by his detractors (in Congress) continued, leading him to float his separate party.
The Congress is yet to officially react to Patel’s allegations.
A senior Congress leader and former Union minister said: “In 1991, party top brass wanted a nominee who had experience of handling central government portfolios. Rao and Arjun Singh were the front runners. As such Rao was chosen. Pawar had returned to the Congress just a few years ago so the top brass was not comfortable with him. Besides, they also considered the fact that the majority of newly elected MPs of the party were from the south.”
The Congress leader also reasoned why Pawar was left out even in 1996. “In 1996, Congress lost the election and third front parties had more MPs than us so the party decided to respect the mandate and support Deve Gowda,” the leader said, without wanting to be named because the party has not officially reacted yet.
Significantly, veteran Congress leader Ulhas Pawar, in another article, has surmised that Pawar would have reached the highest positions within the party had he continued with the Congress. He has also appealed to Pawar to return to the Congress. (Courtesy: HT)