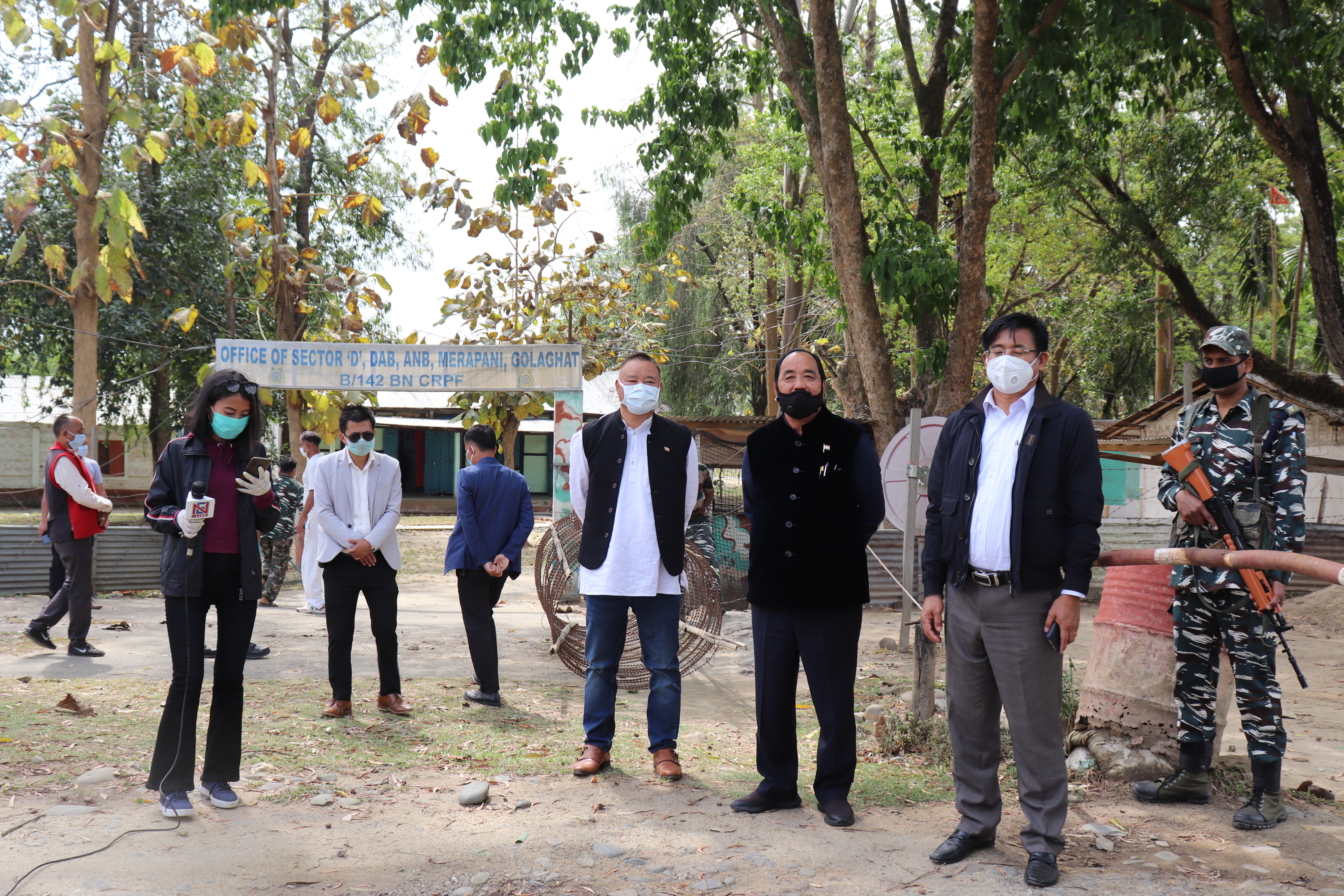 Dimapur, April 16: Deputy Chief Minister Y Patton today informed that a new police check gate will be established at another location at Bhandari for stricter monitoring of people, especially “COVID-19 trouble makers” during these trying times.
He made the assurance while visiting the inter-State border areas of Merapani along with Mhathung Yanthan, Advisor, Horticulture and Border Affairs, Dr Chumben Murry, MLA, 38 A/C, DC Wokha Orenthung Lotha NCS and Chief Medical Officer, Wokha WC Tungoe on Thursday.
Bhandari sub division, which controls a wide area of porous inter-state border, is a wall of health security for Wokha district and so it is important to take measures on a war footing to contain the pandemic and prevent it from entering or spreading to Wokha district and beyond, an official release quoted Patton as having said.
During interaction with the medical staff at the Sub Centre, Merapani, where the staff highlighted the functioning of the centre since the outbreak of COVID-19, Patton observed that given the nature of the area’s location and the large number of population it caters to in health care service, the six bedded sub centre should be upgraded for which proposals should be send to the concerned authority. He directed that COVID-19 preventive materials and all logistic assistance be provided to the sub centre on priority basis.
Speaking at the Merapani village community hall, he reiterated that the people living in the border areas have the continuous support of all the four legislatures, the Government machinery and the district administration. He also assured that people not to fear for shortage of essential commodities as continuous supply will not be interrupted with all concerned agencies doing their part to keep the public provided round the clock.
Mhathung Yanthan, Advisor, Horticulture and Border Affairs said Merapani which shares its border with Golaghat district of Assam that has reported cases of COVID-19 is being considered a hot bed for COVID-19 and so the State Government has sealed the entire stretch of the border area.
He said that the Central neutral forces, the para military and state police forces are heavily tasked in manning the borders and therefore public and NGO bodies are also volunteering their services to assist the district administration in monitoring people’s movement around the sealed border areas and also checking on nefarious activities such as bootlegging and drugs peddling, etc.
Later the Deputy CM held an interactive sitting with the Block Task Force, Bhandari on COVID-19 in the conference hall of ADC Bhandari.
(Page News Service)