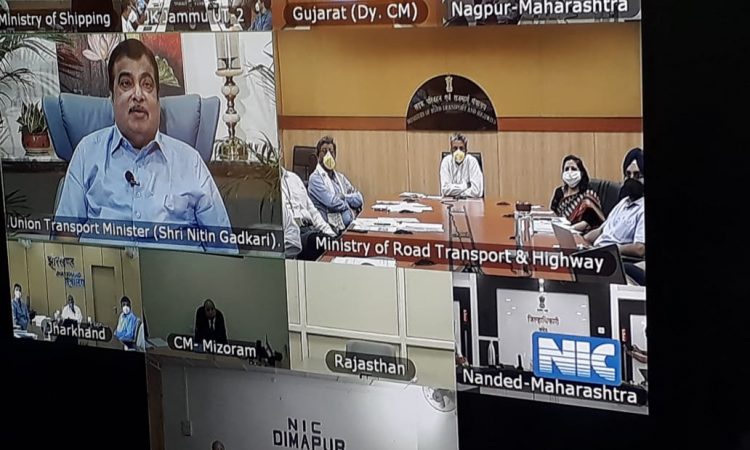 Dimapur, April 29: Deputy Chief Minister Y Patton, who is also in-charge of PWD (R&B) took part in the national video conference of Union MORT&H Minister, Nitin Gadkari on transport and road sectors with State ministers.
A Deputy CMO release informed that Patton thanked the Union Minister for declaring five National Highways in the State during his last tenure. He also pointed out the various technical and physical problems faced by the road development sector in the State.
Like many of the states that has hilly terrain, road projects are either stalled or having slow progress. Nagaland has only 6-7 favourable months for construction and repair of roads and frequent landslides on the highways makes it difficult for projects to be completed on time, Patton said.
The Dy. CM also stated that since Nagaland is COVID-19 free State, developmental works have resumed since April 11 keeping in mind the advisories and directives issued by the Government. However, he said the shortage of materials like cement, rod and bitumen, which has to be imported from other states, has hampered its progress.
Patton also urged the ministry to take up those projects for which DPRs have already been submitted earlier, stating that roads and bridges connectivity is essential to take progress and development to every nook and corner of the State.
In the conference room, Patton was joined by Advisor, NH and T&A, Dr Longrineken, Commissioner & Secretary NH, Rovilatuo Mor, CE National Highways, Er. K.Theunuo and Er. Limanaro CE PWD (R& B). (Page News Service)