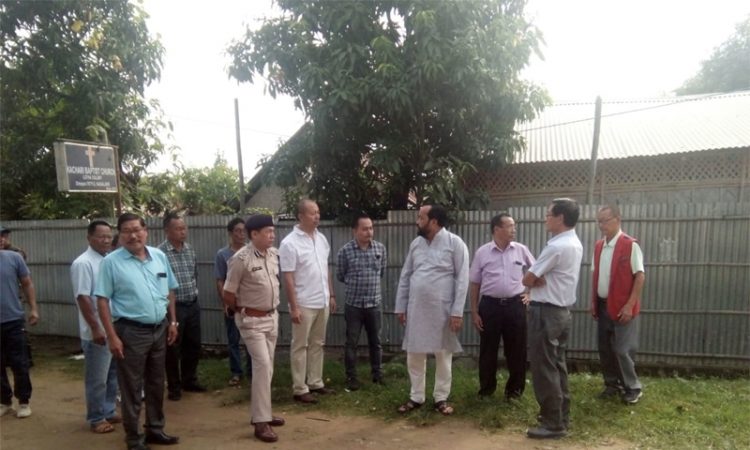 Dimapur, October 13: Nagaland Deputy Chief Minister Y Patton Saturday inspected the proposed “improvement of Dimapur city roads” to be taken up from PWD office Dimapur via Unity College to Lotha colony (Viola junction) in Dimapur.
The Deputy CM was accompanied by Dimapur Commissioner of Police Limasunep Jamir, IPS, PWD (R&B) Dimapur Executive Engineer Talitemsu Jamir, PWD (R&B) SDO Nagashe Swu, chairmen and GBs of Residency Colony, Kyong Colony and Lotha Colony.
Patton during his spot inspection of the proposed roads for improvement called on the colony councils to be vigilant of new residents in their respective colonies and to identify them to avoid any settlement of illegal immigrants so that law and order was maintained in future.
He also urged the contractors not to compromise with workmanship and iterated that as per Cabinet decision the concerned contractors should maintain the road for a period of three years.
Lotha Colony Council (LCC) chairman Renathung Ezung during the interaction with the visiting officials stated that the Lotha Colony road was neglected for more than 25 years and whatever road maintenance was done was through the colony residents’ contribution. On behalf of the LCC, Ezung expressed appreciation to the Deputy CM for the concern extended by inspecting the proposed roads for improvement. (Page News Service)