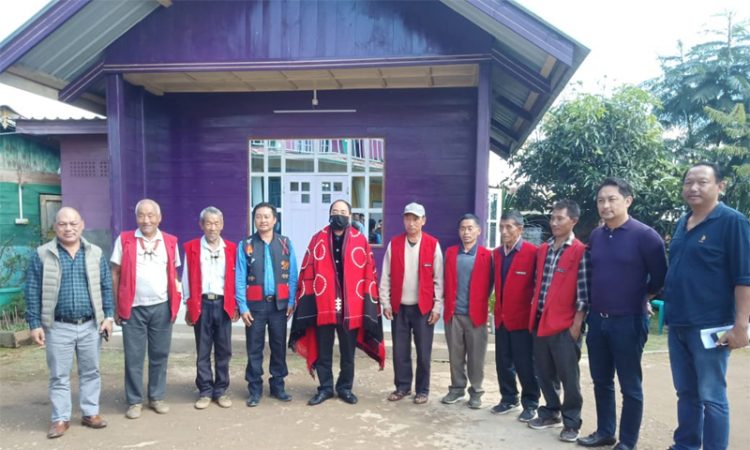 Kohima, October 27: On the second day of his election campaign trail, Deputy Chief, Y Patton today met several village and tribal leaders of Pungro area.
Patton along with quite a few BJP leaders held meeting with public and tribal leaders in an effort to consolidate party’s position for the November 3 bye-election in Pungro-Kiphire Assembly constituency. Pungro area is mainly dominated by Yimchunger tribe, and saffron party’s candidate for the poll is from Sangtam tribe.
BJP sources claimed that there was overwhelming response from the people of the area, especially from Pungro villagers.
Patton also held meeting with Yimchunger and Pungro area public leaders and sought their support. The BJP entourage assured of speedy development in the area if their candidate Lirimong Sangtam is elected.
Meanwhile, State unit of BJP president, Temjen Imna Along with his aides have also reached Kiphire for another round of campaign.
BJP is pitted against three other candidates, which is going to be a tough fight.
In Southern Angami-1 Assembly bye-election political parties have intensified campaign. For the second time Chief Minister, Neiphiu Rio has campaigned in the constituency. Opposition party Naga People’s Front (NPF) also organised election rally yesterday. There will be a triangular contest in this constituency.
BJP president Temjen also campaigned for NDPP candidate, Medo Yhokha yesterday.
Chief Minister, Rio and his NDPP leaders are also expected to campaign for BJP in Pungro-Kiphire constituency. (Page News Service)