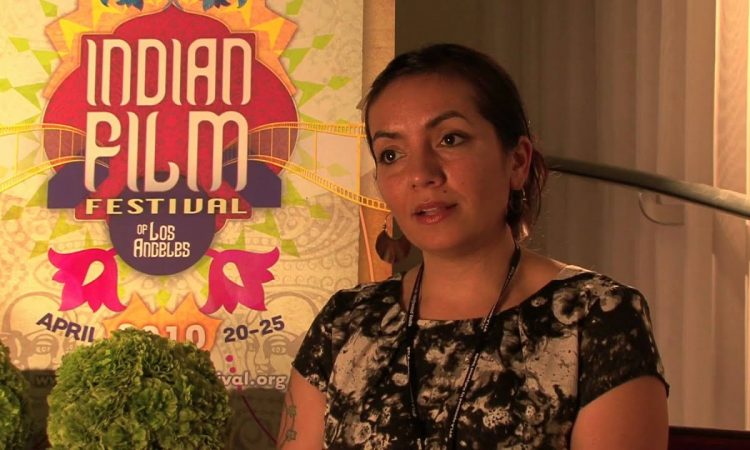 Patriarchy is a “deep-rooted blueprint” that people adhere to right from birth and it affects both women and men, believes “Kaali Khuhi” director Terrie Samundra.
In her feature directorial debut, Samundra explores the enduring impact of female foeticide, a malpractice still prevalent in India, through the lens of a horror thriller.
While women being deified as goddesses in a patriarchal society leaves the argument of equality void, men not being allowed to express their vulnerability impedes their overall growth, the Los Angeles-based filmmaker said.
“The notion that women are seen as goddesses or put on a pedestal is not true equality because it’s not seeing people as nuanced and complex. It’s not about good versus bad. Women can also be bad as they should be, they should be allowed that. Patriarchy is not a male female thing, it’s a deep-rooted blueprint that we are adhere to from the time we are born. It affects everybody.
“If you’re a young boy who is not allowed to express himself or show tenderness, vulnerability or emotion, imagine what it does to you as you grow older. You don’t have the understanding of how to have relationships and how to interact with other humans,” Samundra told PTI in an interview over Zoom.
Set in a Punjab village, the Netflix Original film traces the journey of a girl named Shivangi (Riva Arora), who is put to the ultimate test when she witnesses her entire family fall deeper into the secrets of the black well.
The filmmaker, who has previously written and directed short films and documentaries including “Kunjo” and “Ice Cream Wallah”, said the story of “Kaali Khuhi” is an amalgamation of ghost stories she was told as a child and of the horror tales stories told in different families.
“As I got older, you could kind of glean that what was masked as a reality, what was somebody else’s story from my village. When we were kids, we knew the ghost story of each house. That landscape has always stayed with me. I love grounded horror. It was through that I wove this story together. This film is more of a dark fairytale.”
The film is led by an incredible Shabana Azmi, who stars as Satya maasi, a mysterious woman haunted by her past.
Samundra said working with Azmi was a dream come true.
“I always wanted to work with Shabana ji, it’s been a dream of mine since I was very young. When I was writing a script with my creative partner David Walter Lech, I didn’t think of anybody else but her.
“When she said yes, everything got elevated. She brought so much gravitas to the set. It was a gift for me to watch her work, it taught me so much,” she said.
In “Kaali Khuhi”, once the family enters the village, it is never bright, except the sepia-tone flashbacks. With sequences of constant raining, night sky or the smoke from the stubble burning, the cinematography by Sejal Shah makes the viewer feel the eeriness and gloom of the horror in the countryside.
Shah, known for action films like “Commando: A One Man Army” and “Bodyguard”, is a master of his craft, Samundra said.
“We were shooting in the hottest time in a Punjab village, 100 km away from Amritsar. The village was bright and sunny. There was no rain and it was hot. And Sejal doesn’t shoot with lights. He calls himself anti-lighting. You tell him what you want and then he just does his magic. We created this magical, surreal village.”
The director also subliminally drew the concept of a formless ghost from Ursula K Le Guin’s fantasy book series “Earthsea” for the film.
“Ursula K Le Guin is one of my favourite writers. She very much works with forms that shift and change. Her classic story ‘Earthsea’ inspired ‘Harry Potter’. As far as the ghost is concerned, she is revealing the horrific past.
“Ultimately, you go in thinking this is the monster but really what she is doing is really inviting Shivangi to come rescue her and ultimately, save Shivangi herself, and all the other girls in the past and future. When she comes in front of Satya maasi or daadi maa she is revealing their own internalised guilt to them.”
Also starring Leela Samson, Sanjeeda Shaikh, and Satyadeep Mishra, “Kaali Khuhi” is produced by Anku Pande and Ramon Chibb.