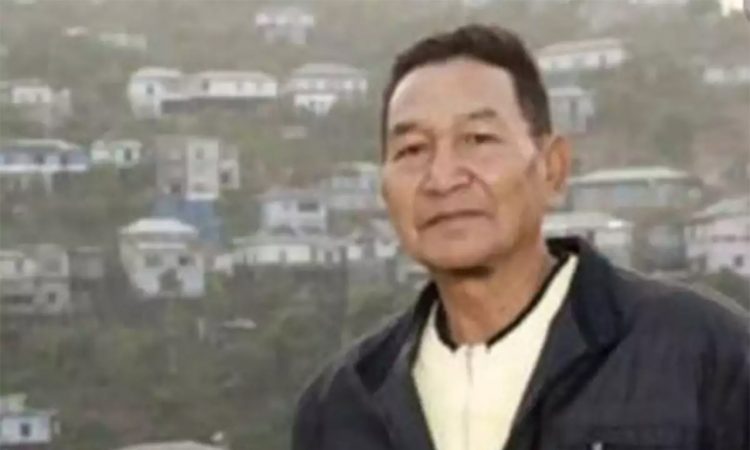 Aizawl, June 17: Four days after he was declared dead at an Aizawl hospital, Zionnghaka aka Ziona — the patriarch of what is believed to be the world’s largest family — was finally laid to rest at his village in Mizoram’s Serchhip district on Thursday, a local leader said.

The septuagenarian, who lived in a sprawling four- storey home at Chhuanthar in Baktawng village with 39 wives, over 90 children and at least 33 grandchildren, headed the religious sect ‘Lalpa Kohhran Thar’.
The community allows polygamy in men.
Ziona’s mortal remains were buried in a specially designed grave near his mansion, village council president Ramzauva told PTI.
All funeral rituals were conducted with strict adherence to COVID-19 protocols, Ramzauva said.
Enthangpuia, the priest of the Lalpa Kohhran Thar sect, performed the last rites of Ziona, with some of his wives making obituary references, the village council president explained.
Camera, mobile phones and other electronic gadgets were prohibited at the funeral, Ramzauva added.
Ziona, who was suffering from hypertension and diabetes, breathed his last on Sunday, but his family members had refused to accept his demise till late on Monday, claiming that his “body was warm and his pulse still beating”.

Over 2,500 people belonging to 433 families form a part of the sect, which was founded by Ziona’s uncle way back in 1942, Ramzauva pointed out.
According to local sources, Ziona’s eldest son Nunparliana, in his 50s, is likely to be the next chief of Lalpa Kohhran Thar. He has two wives. (PTI)