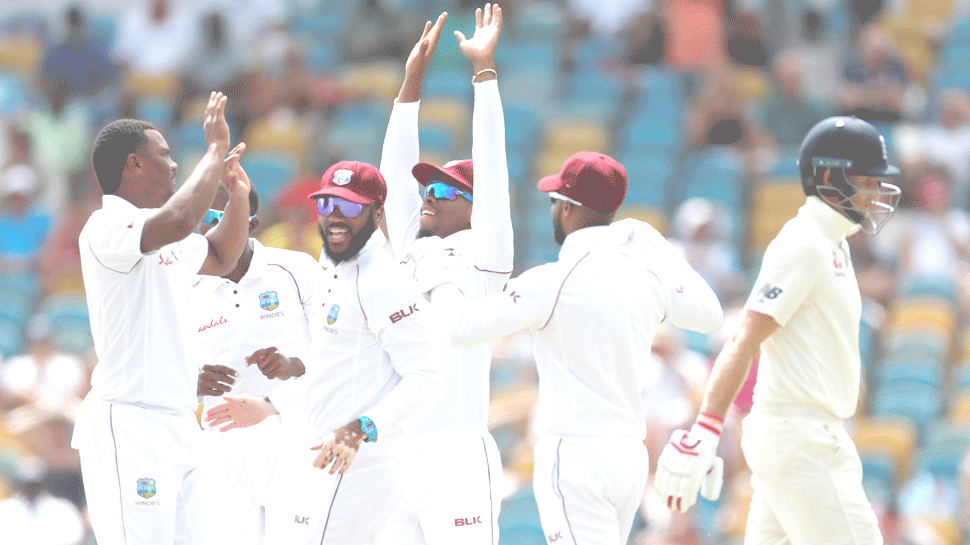 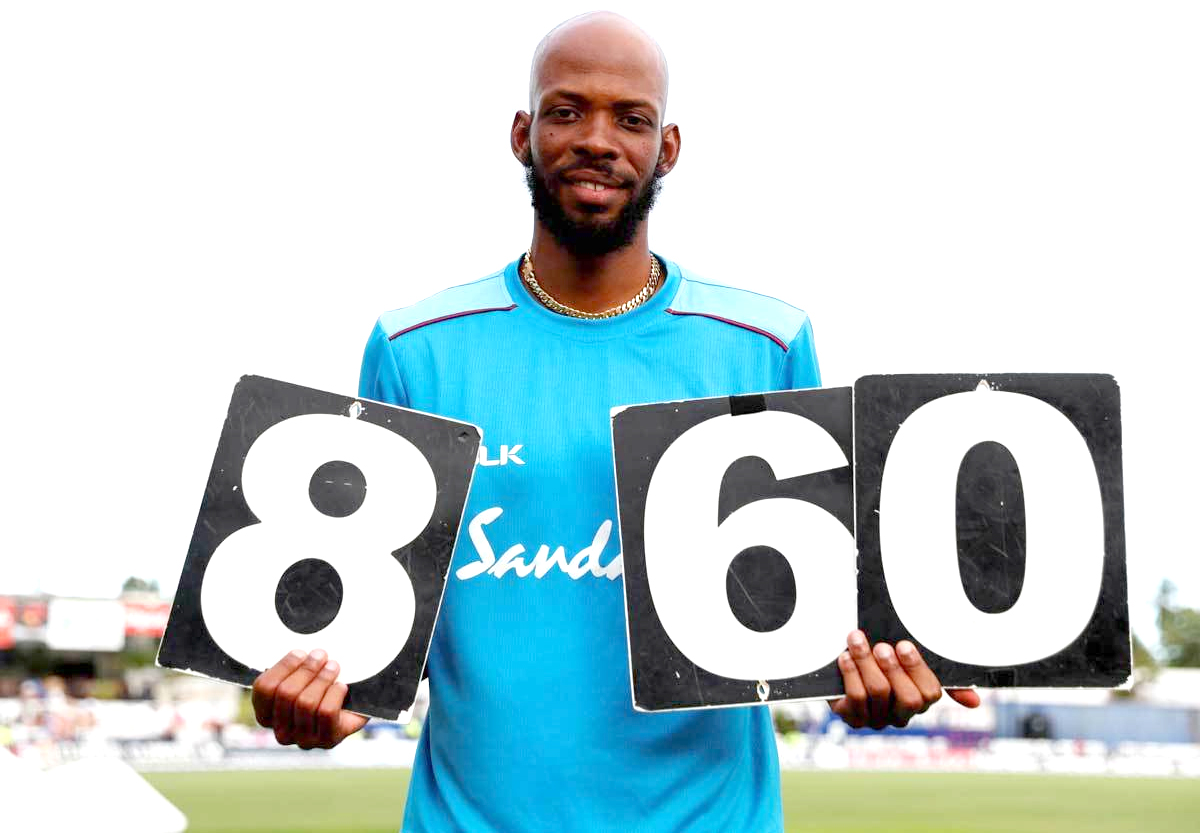 Barbados, January 27: Part-time off-spinner Roston Chase took eight wickets as West Indies crushed England by 381 runs with a day to spare in the opening Test of the three-match series in Barbados on Saturday.
Chase seized his chance to shine in the absence of any specialist spinner in the team, picking up a Test-best eight for 60 at Kensington Oval in Bridgetown.
West Indies, rank underdogs in the three-match series, bowled out England for 246 in the second innings after dismissing them for 77 in the first.
They won with more than a day to spare in what can only be termed a shambolic display by the visitors, who were coming off a summer series win over number one ranked India.
The England top-order all got starts in the second innings but only opener Rory Burns (84) turned it into a big score.
“Bitterly disappointed,” England captain Joe Root said in an on-field interview. “We`re a far better side than we`ve played this week and we`ve got to keep remembering how well we have played of late.”
Statisticians reached for the record books to put the result into historic perspective, revealing only two occasions when the Windies won by bigger margins by runs.
They defeated England by 425 runs in Manchester in 1976 and dusted Australia by 408 runs in Adelaide in 1980.
“It`s difficult to explain and hard to take. We didn`t underestimate them. It just showed how difficult it is to win away from home,” Root added.
Chase`s extraordinary figures – better than Shane Warne`s test best of eight for 71 – were achieved even though he did not exact prodigious turn. He got just enough, however, to keep the batsmen on edge.
Chase came into the match with a profligate test bowling average of over 40. He flighted the ball well but was aided by some poor shots by the batsmen.
Despite Chase`s heroics, West Indies captain Jason Holder was named man of the match after his unbeaten second innings knock of 202.
“Really good test match for me personally. To come back the way I`ve come back I`m really pleased,” Holder, who missed the recent tour of Bangladesh due to a shoulder injury, said.
“I`ve put in a lot of hard work over the last couple of months trying to get myself back to full fitness. I`ve had a lot (of emotion) bottled up for a long time.”
He also heaped praise on Chase.
“He bowled extremely well today. He got the ball in a really good area,” Holder said.
Holder warned that the result, though welcome, was only one match.
“We`ve still got a long way to go. One test match doesn`t make a summer. We`ve been in this position before, so lots of hard work to be done,” he said.
The second Test between the two sides starts on Thursday in North Sound on the island of Antigua.
“We ticked a few boxes in this test match but it`s a matter of turning up in Antigua and doing the same,” Holder said. (Agencies)