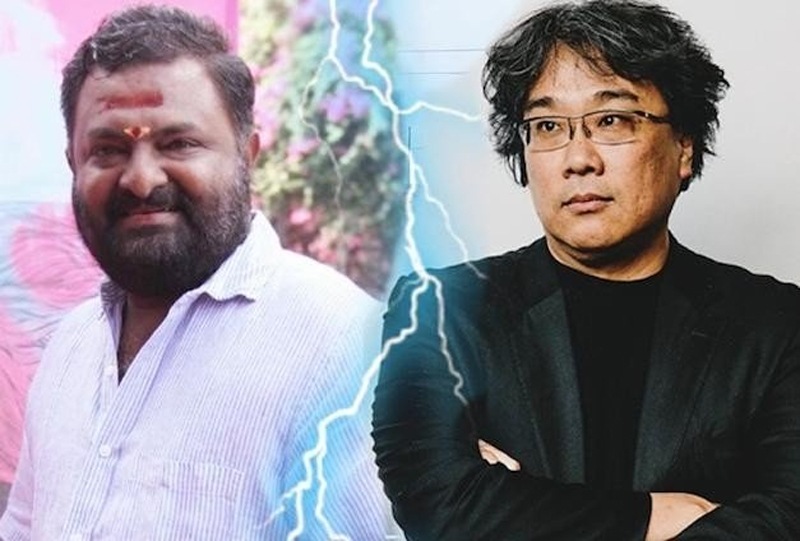 South Korean film Parasite, directed by Boon Joon Ho, won four Academy Awards in the recently-concluded ceremony. The film transcended borders and appealed to people belonging to different backgrounds and countries. However, in Tamil Nadu, Parasite’s director Boon Joon Ho is accused of plagiarism.
As soon as Parasite won four awards at the Oscars, many meme makers pointed out that the film’s storyline is similar to Vijay’s Minsara Kanna, which released in 1999. While many cine buffs laughed it off, Minsara Kanna’s producer PL Thenappan is furious over the similarities of Minsara Kanna in Parasite.
Speaking to IndiaToday.in, Thenappan said, “I saw the South Korean film Parasite and I feel that they have stolen the film’s crux from Minsara Kanna. I’m in talks with international lawyers and contemplating on filing a case against the makers of Parasite soon.”
The producer also added that he might file the case on Monday or Tuesday.
Minsara Kanna, directed by KS Ravikumar, follows the story of a man who falls in love with a woman. His family, hailing from a rich background, hatches a plan to work in the lover’s house to seek approval of her family.
In a video interview, the director acknowledged the similarities in both films and stated, “I’m happy that the story has received an Oscar, even if it (Minsara Kanna) served as an inspiration. However, filing a case is up to the producer.”
On the other hand, Parasite traces the story of a working-class family in South Korea seeking employment at a rich house. All the members of the family pretend that they are not related to each other. While the plotline is similar, the motives of characters in both films are completely different.