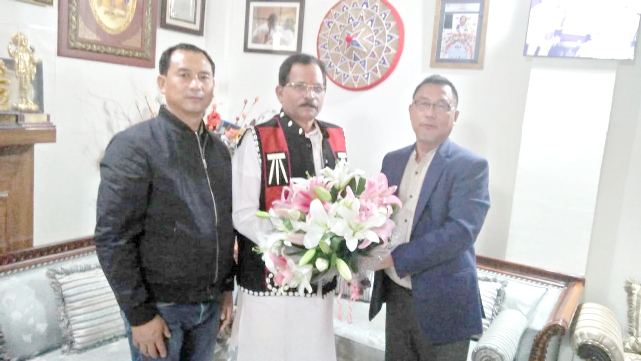 Dimapur, November 18: Minister for Health and Family Welfare, S Pangnyu Phom called on Union Minister of State (Independent Charge) for AYUSH, Shripad Yesso Naik at his official resident at New Delhi on November 17.
In the meeting, Pangnyu Phom briefed the Union Minister on implementation of Central scheme under Ayush, and also submitted project on medicinal plants fields and herbal gardens in the State. The Minister requested the Union Minister to visit the State and inaugurate the first AYUSH hospital in the state at Tuensang district.
The Union Minister assured that he will take up the project proposal submitted by the Minister and also ask the State to fix the date for the inauguration of AYUSH hospital at Tuensang district in the month of December, 2018. (Page News Service)