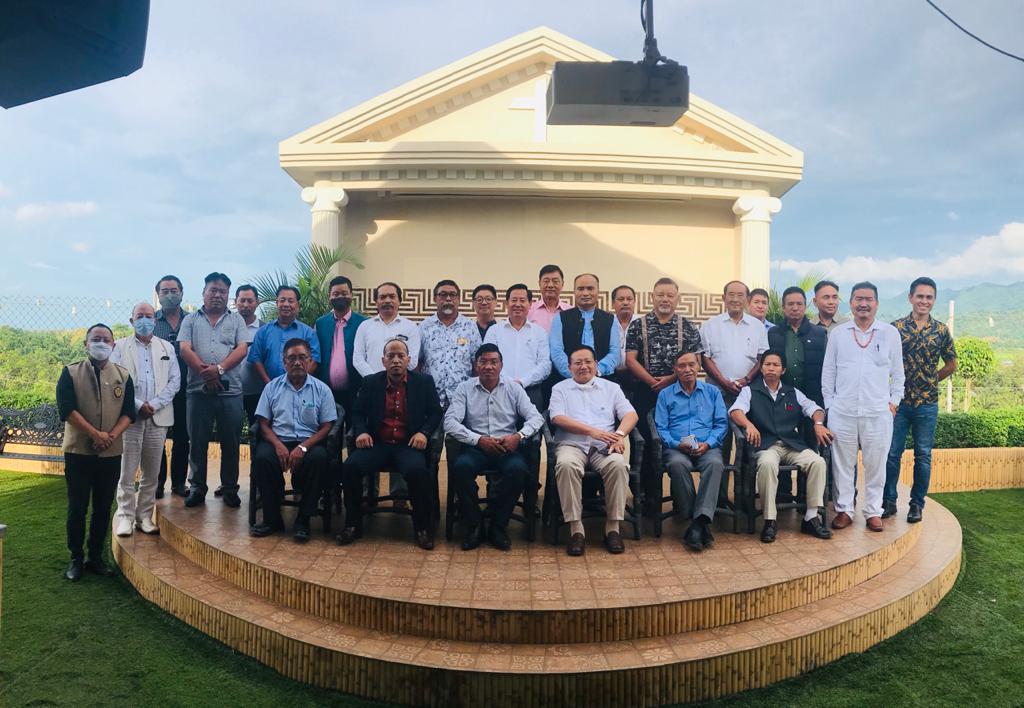 Dimapur, September 12: The Political Affairs Mission (PAM) of the Naga Peoples’ Front (NPF) on Saturday organized a consultative meeting with the 7 NNPGs at Father’s House Church, Chumukedima under the chairmanship of TR Zeliang, opposition leader and chairman of PAM, NPF.
The NPF delegation elucidated that the motive of withdrawing from the Joint Legislators Forum (JLF) on Naga political issue was not to walk away from the mission of being a facilitator but rather to allow both the PDA Legislature Party and NPF Legislature Party to work independently. It reiterated that the NPF stood for an inclusive, honourable and acceptable solution and that the party will continue to promote peace and unity within the various Naga Political Groups, while facilitating in opening doors for peaceful conclusion of the Naga political issue with the Government of India in letter and spirit.
Urging the 7 NNPGs to revisit the ‘Covenant of Naga Reconciliation’ signed at Chiangmai, Thailand and to unite with other Naga Political Groups, the NPF delegation brought home the point that there should be only one accord between the NPGs and the Government of India since the mission of all concerned was also one, said a communiqué issued by the PAM NPF.
While maintaining that it was open for reconciliation, the 7 NNPGs delegation affirmed that it had no objection to round table talks with any group. The NNPGs delegation stated that it had maintained openness in all its dealings before the Naga people and expressed optimism that final inking to the peace talks would take place very soon for permanent peace and progress.
Meanwhile, PAM appealed to both the 7 NNPGs and the NSCN/GPRN to stick to what has been agreed upon in the Framework Agreement signed on August 3, 2015 and the Agreed Position on November 17, 2017 while welcoming each other with open arms as brothers. (Page News Service)