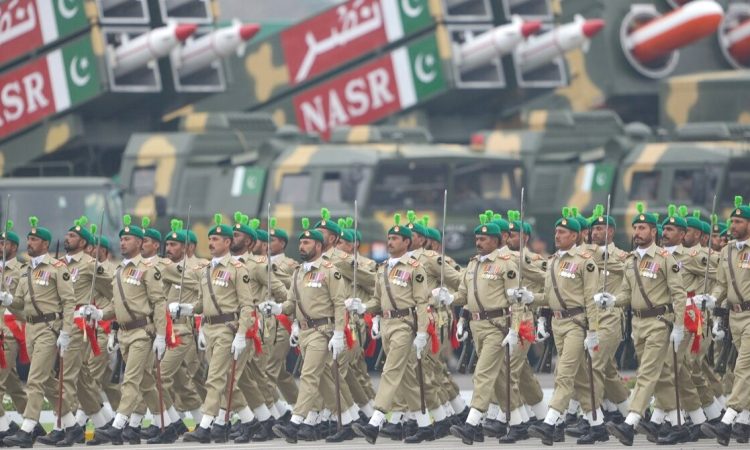 LONDON, November 12: Pakistan’s economy is controlled by a ruthless business conglomerate – the army, that owns everything in the country, from factories and bakeries to farmland and golf courses.
With 620,000 soldiers, Pakistan boasts about being the world’s seventhlargest standing army, but its senior officers have long ago realised the perks to be gained from commercial ventures, writes Elliot Wilson for UKbased The Spectator.
Since independence in 1947, the army has steadily intertwined itself into Pakistan’s economy: so much so that it’s hard to tell where the military stops and any semblance of free-market capitalism begins.
Under mounting pressure from London and Washington to capture notorious terrorist leader Osama bin Laden, believed to be hiding in Balochistan, Islamabad’s fighting forces instead turned their attention to a far more profitable venture, which was building golf courses.
Wilson writes that in her 2007 book Military Inc: Inside Pakistan’s Military Economy, Dr Ayesha Siddiqa had exposed the rampant commercialism pervading every aspect of the country’s military forces, until recently headed by then-President Pervez Musharraf.
Dr Siddiqa, a former researcher with the country’s naval forces, estimates the military’s net worth at more than 10 billion pounds, which is roughly four times the total foreign direct investment generated by Islamabad in 2007.
Moreover, the most senior 100 military officials are estimated to be worth, at the very least, 3.5 billion pounds.
Many of Pakistan’s largest corporations are also controlled by the military, thanks largely to an opaque network of powerful ‘foundations’ originally set up to look after the pension needs of army personnel. The largest three — the Fauji, Shaheen and Bahria foundations, controlled by the army, air
force and navy respectively, control more than 100 separate commercial entities involved in everything from cement to cereal production.
The Fauji Foundation, the largest foundation of the lot, is estimated by Dr Siddiqa to be worth several billion pounds. It operates a security force,
allowing serving army personnel to double in their spare time as private security agents, an oil terminal and a phosphate joint venture with the Moroccan government.
Bread in the country is supplied by military-owned bakeries, which is fronted by civilians. Army-controlled banks take deposits and disburse loans. Up to one-third of all heavy manufacturing and 7 per cent of private assets are reckoned to be in army hands.
On the other hand, the average Pakistani earns just 1,500 pounds a year, making the country poorer than all but 50 of the world’s nations. Most of the military’s junior officers and other ranks live in squalid tents pitched by the side of main roads, even in Islamabad.
Financial autonomy has also given the military a dangerous sense of entitlement. When any premier or leading politician attempts to limit the army’s power, or even emasculate it, they get slapped down, an example being Benazir Bhutto, who tried to secularise the army without success.
The article also describes the military beginning to act in the manner of a feudal landlord. When landless peasants in central Punjab complained in 2001 that the army had changed the status of the land on which they depended for their subsistence, forcing them to pay rent in cash, rather than working the land on a sharecropping basis, the army cracked down, beating many and leaving eight dead.
If full democracy were permitted in Pakistan, it would constitute a threat to the army’s throttling power, and since political power, in turn, creates greater economic opportunities, it’s in the interest of the military fraternity to perpetuate it. While other countries have armies, Pakistan’s army has a country.
However, the one factor that could still harm the army is its arrogant, dismissive attitude to its own people. Its flagrant profiteering engenders huge resentment in rural and smaller provinces, where the army is increasingly seen as an invading force rather than a protector. (ANI)