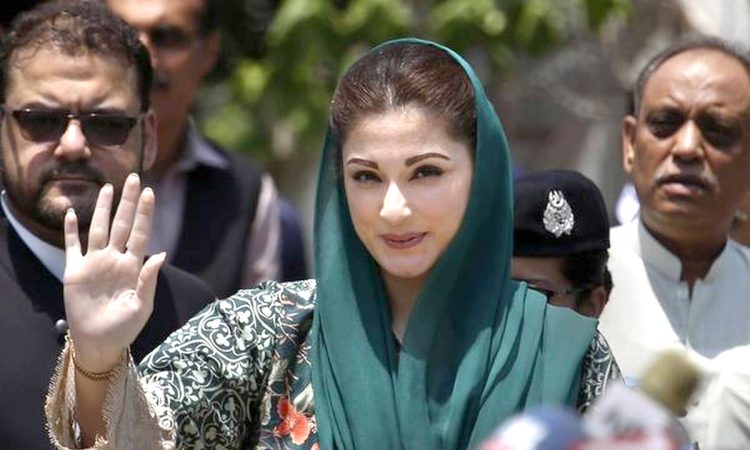 The National Accountability Bureau (NAB) has accused 47-year-old Maryam of committing money laundering through investments of variable heavy amounts being the main shareholder of Chaudhry Sugar Mills. It said she was involved in money laundering with the help of some foreigners during the period of 1992-93 when her father was the prime minister.
Maryam was sentenced to seven years in jail in July 2018 in connection with the case that pertains to the ownership of the Sharif family’s posh apartments at Avenfield House, London. The sentence was, however, suspended by the Islamabad High Court.
In a notice to the Pakistan Muslim League-Nawaz (PML-N) vice president issued here on Wednesday, the NAB asked her to provide it details of transactions pertaining to 70 million Pakistani Rupees from the bank account of Chaudhry Sugar Mills of the Sharif family to her personal bank account.
Maryam is also accused of getting transferred over 11,000 shares of the Chaudhry Sugar Mills to her name from three foreign nations – Saeed Saif Bin Jabar Al-Suwaidi (UAE national), Sheikh Zaka Uddin (UK national) and Saudi national Hani Ahmad Jamjoom.
The NAB further said Maryam is the major beneficiary in this case.
The Chaudhry Sugar Mills record available with the Securities and Exchange Commission of Pakistan reveals that its 9.4 million shares were issued in the name of Saif Bin Jabr Al Suwaidi, chairman of the Bin Jabr Group of the UAE. Suwaidi had been appearing as a majority shareholder in the sugar mills from 1999 to 2008, valued at Rs310m in Oct 1999.
“Later, in May 2008, the aforesaid shares were transferred to Maryam Nawaz (accused) without any payment. The management of CSM claimed that Suwaidi sent an amount of $6 million to its bank account in Lahore for the purchase of 9.4m shares,” it said.
The NAB has directed Maryam to appear before a combined investigation team of the bureau at its Lahore office on March 26 and along with relevant records and evidence.
“In case of failing to comply with this notice, you may face consequences under section 2 of the National Accountability Ordinance 1999,” the NAB said.
Earlier, the NAB had filed a petition in the Lahore High Court seeking cancellation of the post-arrest bail granted to her in this case in November 2019. The LHC issued a notice to her for April 7 seeking a reply.
In a statement, the NAB said Maryam is trying to “influence” the corruption and money laundering probe against the Sharif family through her “seditious” statements. In response to her frontal attack on it, the NAB said: “Maryam Nawaz tried to create an environment of chaos in the country whenever she was summoned by the bureau in any case. She also continues issuing seditious statements targeting NAB, judiciary and law enforcement agencies. And her prime purpose of doing so is to influence and create hurdles in the investigation related to corruption and money laundering against the Sharif family. Besides, she is also trying to create a law and order situation in the country.”
Maryam had questioned the NAB’s jurisdiction to judge her political statements, demanding registration of a case against it for transgressing its mandate.
In the money laundering and income beyond means corruption case, the Sharif family is accused of swindling 7 billion Pakistani Rupees.
The NAB had also summoned Sharif in this case but he has been in London since November 2019 because of his medical treatment.
In 2019 November, Sharif had left for London after the Lahore High Court granted him a four-week permission allowing him to go abroad for his treatment.
He had given an undertaking to the Lahore High Court to return to Pakistan citing his record to face the process of law and justice within four weeks or as soon as he is declared healthy and fit to travel by doctors.
Sharif, who was diagnosed with an immune system disorder, has been advised by the PTI government’s panel of doctors to go abroad for treatment. He had been diagnosed with a coronary disease.

In London, he underwent comprehensive cardiovascular evaluation and investigations at Royal Brompton and Harefield Hospital.
Five corruption cases have been launched by the government of Prime Minister Imran Khan previously against the 71-year-old supremo of the PML-N since his ouster from office by the Supreme Court in July 2017 in the Panama Papers case. (PTI)