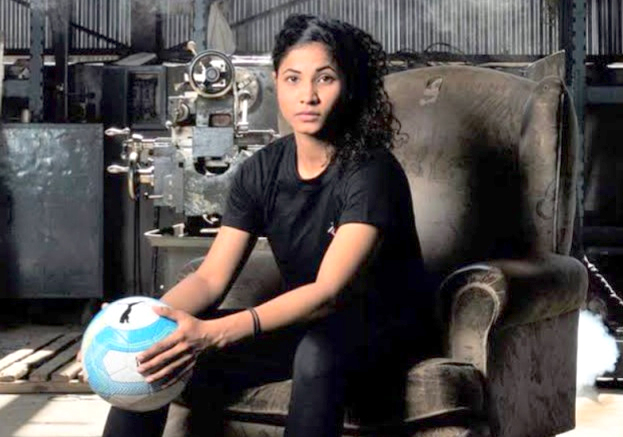 Islamabad, April 9: Hajra Khan, captain of the Pakistan women’s football team, has called on Prime Minister Imran Khan and President Arif Alvi to support the players in a time of crisis after FIFA suspended the sport’s national federation due to third-party interference.

FIFA on Wednesday said its decision to suspend the Pakistan Football Federation (PFF) was prompted by “hostile takeover” which constituted a serious violation of its statutes.
In a post on Instagram, Hajra said it was embarrassing for a country that is led by Imran, the former Pakistan World Cup-winning cricket captain, to be banned by “the global body of the world’s most followed sport”.
“There is still hope and we do expect a response from you two,” she said in a video addressed to Alvi and Imran on social media.
“We do expect the country to back us when we need them the most right now. It is a request, it might not be humble anymore, but it is a request. (And) it is a need. It all relies on you.”
A group of football officials led by Ashfaq Hussain Shah, which was elected by the Supreme Court in 2018 to run the PFF but was not recognised by FIFA, took over the headquarters last month and seized control from the FIFA Normalisation Committee (NC) headed by Haroon Malik, local media reported.
FIFA said the suspension will only be lifted once it has received confirmation from the NC that the PFF premises, accounts, administration and communication channels are again under its full control.
Hajra wants the country’s leaders to take swift action as the political turmoil at the PFF could spell the end of many careers.
“I speak on my behalf and all those football players whose hard earned bread came from the sport,” Hajra said.
“We have worked hard, with blood and sweat, to represent this country. We have taken it to the podium, we have won championships in the past. Where do we go next? Which sport do we switch to?” (Reuters)