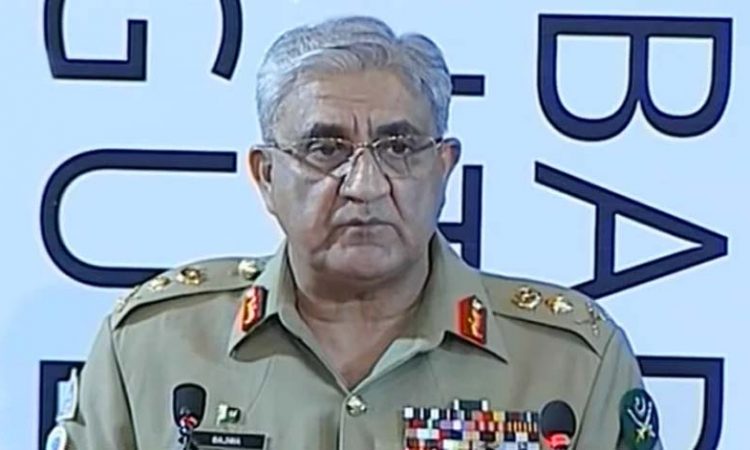 The Pakistan Observer reported that Gen. Bajwa said in the meeting that Pakistan will “continue to fight for peace and stability in Afghanistan, as well as assist the formation of an inclusive administration.”
Gen. Bajwa’s remarks came as Pakistan’s powerful intelligence chief Lieutenant General Faiz Hameed on Saturday dashed to Kabul, amidst the Taliban struggling to finalise and install an inclusive government in Afghanistan that would be acceptable to the international community.
The Taliban have postponed the formation of a new government in Afghanistan for next week as the insurgent group struggles to give shape to a broad-based and inclusive administration acceptable to the international community.
This is the second time that the Taliban have delayed the government formation since their toppling of the US-backed Afghanistan government. Initially, the insurgent group was expected to announce the formation of the new government led by its co-founder Mulla Abdul Ghani Baradar on Friday.
British Foreign Secretary Raab arrived in Pakistan on Thursday to hold talks with the country’s top leadership.
“Both sides agree to continue to seek ways of co-operation in the areas of defence, training and counter-terrorism,” the report said.

Raab said: “The basis for the UK-Pakistan relationship is very strong – and the UK has the desire to take it to the next level. We also have a very clear and shared interest in the future of Afghanistan. We will judge the Taliban by their actions, not their words”.
He also indicated to communicate with the Taliban but refused to recognise their government immediately.
Raab also called on Prime Minister Imran Khan who stressed the need to strengthen the security situation in Afghanistan, take steps to strengthen peace and prevent any large-scale migration.
“Preventing the humanitarian crisis and stabilising the economy are urgent needs,” Khan said as he called on the international community to stand in solidarity with the Afghan people, engage positively and encourage peaceful, stable and inclusive politics.
The Foreign Secretary visited the Afghanistan-Pakistan border at Torkham, a key crossing point, to see for himself the situation on the ground and also met members of the team supporting the current crisis response, according to the British High Commission.

ISI chief rushes to Kabul as Taliban struggle to form inclusive govt acceptable to int’l community
In a surprise move, Pakistan’s powerful intelligence chief Lieutenant General Faiz Hameed on Saturday dashed to Kabul, according to media reports here, amidst the Taliban struggling to finalise and install an inclusive government in Afghanistan that would be acceptable to the international community.
A delegation of senior Pakistani officials led by Inter-Services Intelligence (ISI) Director General Lieutenant General Hameed arrived in Kabul to conduct discussions with the incoming Taliban government, the Pakistan Observer newspaper reported.
The ISI chief is expected to meet top Taliban leaders and commanders. “Issues relating to Pak-Afghan security, economy, and other matters will be taken up with the Taliban leadership, the report said, quoting sources.
According to the Express Tribune, Hameed will also meet Pakistan’s envoy in Kabul to discuss the matter of repatriation and transit through Pakistan of foreign nationals and Afghans fleeing Taliban rule.
“The issue of pending requests from countries and international organisations for the repatriation/transit through Pakistan and the need to determine the mechanism through which Pakistan could allow these, in coordination with the ground authorities in Afghanistan will be discussed during the meeting with the Taliban officials, it said, quoting sources.
The intelligence chief will spend a day in the Afghan capital, the Geo News reported.
Border management is another important issue that will come under discussion during the visit of Hameed, it said.
Pakistan was often accused by the Afghanistan government of giving the Taliban military aid, a charge denied by Islamabad. (PTI)