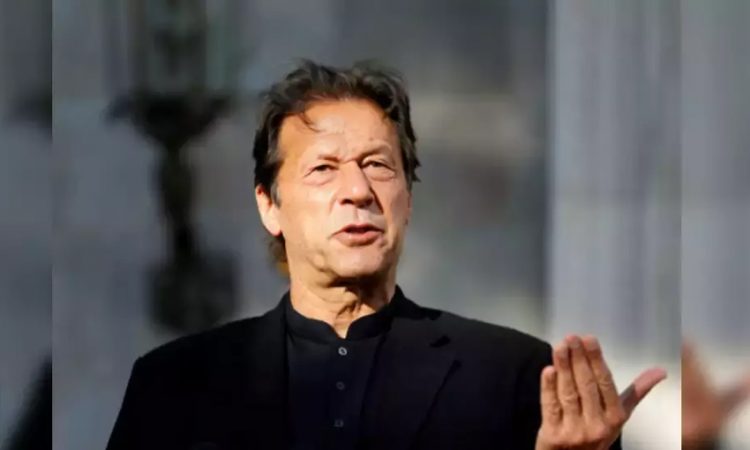 Khan secured 178 votes in the 342-member lower house of Parliament during a special session called after he voluntarily sought a trust vote following the defeat of his finance minister Abdul Hafeez Shaikh in Wednesday’s elections to the upper house.
The floor test took place without the Opposition as the Pakistan Democratic Movement (PDM) an alliance of 11 parties boycotted the voting, making it easier for Khan to secure the required numbers.
Khan decided to take a vote of confidence after Shaikh was defeated in the Senate election by former prime minister Yusuf Raza Gilani. The Opposition demanded the Prime Minister’s resignation after the debacle.
Addressing the House after securing the trust vote, the 68-year-old cricketer-turned politician thanked all lawmakers from his party and allies for supporting him.
Earlier, foreign minister Shah Mahmood Qureshi earlier tabled a single-point resolution that the House reposes confidence in Prime Minister Khan.
Speaker Asad Qaiser announced the result, saying Prime Minister Khan had been elected to the post with 176 votes following the 2018 general elections. “Today, he has secured 178 votes,” he said.
The ruling coalition had 181 members but after the resignation of one of its lawmakers, its strength was reduced to 180. The Opposition coalition has 160 members in the House. One seat was vacant.
According to the breakdown, 155 PTI lawmakers out of 156 voted in favour of Khan.
Not impressed by the expected outcome of the floor test, top Opposition leaders demanded Khan’s resignation and holding of fresh elections.
Chief of the PDM Maulana Fazlur Rehman said that the vote of confidence has no meaning.
“This was not a confidence vote. We know which agencies watched the members of the assembly the entire night. [We know] who knocked on the doors of each member to ensure they were present,” he said.
His reference was towards reports that the government kept its members in lodges in Islamabad under strict watch so that all of them are present in Parliament during the floor test.
He challenged Khan to be courageous and ask the public to cast a vote of confidence [by] conducting a new election”.
Pakistan Muslim League-Nawaz (PML-N) leader Maryam Nawaz said Khan’s days as prime minister were numbered.
She said it was now just a matter of time when he will go .
Pakistan Peoples Party leader Bilawal Bhutto Zardari said Khan had been exposed after the defeat in the Senate seat and the vote of confidence was meaningless.
“We have already won and time for change has come, he said.
Earlier, unruly scenes were witnessed outside Parliament building when supporters of the ruling alliance tried to disrupt a press conference of Opposition leaders belonging to the PML-N.
Addressing the assembly after his win in a wide-ranging speech, Khan said “no one can stop Pakistan’s progress.”
He spoke in detail about the abyss of moral decay the country has fallen in and asked the people to help him in his struggle to pull the nation out of it.
“The people can fight against corruption and not just the law, he said, and urged the judiciary and anti-corruption watchdog to give stern punishment to law evaders and corrupt elements.
He vowed to continue his struggle for a just society and announced to do it alone even all party members left him. “I was the captain who fought till the last ball. So I will continue to fight till the last ball,” he said.
Khan criticised Opposition leaders, especially former president Asif Ali Zardari and former prime minister Nawaz Sharif, for their alleged involvement in corruption and trying to destabilise his government.
He said all the current problems were due to the misrule and mismanagement of the previous two governments of the Pakistan Peoples Party and the Pakistan Muslim League-Nawaz.
“It was the darkest decade of Pakistan’s history,” he said, terming them as “thieves” who were blackmailing his government.
He once again slammed the Election Commission of Pakistan for failing to stop vote buying in the Senate election. “We knew that votes were being purchased and the ECP did nothing, he said.
Khan also announced plans to bring electoral reforms to ensure complete transparency in elections.
“We are doing things; we are fully engaged with overseas Pakistanis so they can cast votes, and secondly, we are bringing electronic machines We are bringing this system so that the one who loses, accepts defeat,” he said.

Khan said Pakistan would come out of the problems and become great. “Nobody can stop this country from making progress because it has huge potential, he said.
He confessed being under pressure due to inflation and rising prices but assured that the government was working to reduce the prices. He said one of many upcoming steps would be to subsidise the poor people. Another step would be to launch a scheme so that no one goes to bed hungry.
Khan is the second Prime Minister in the history of Pakistan who went to the National Assembly for a voluntary vote of confidence, Geo TV said.
Then prime minister Sharif had sought a voluntary vote of confidence from Parliament after his reinstatement was granted by the Supreme Court in 1993. (PTI)