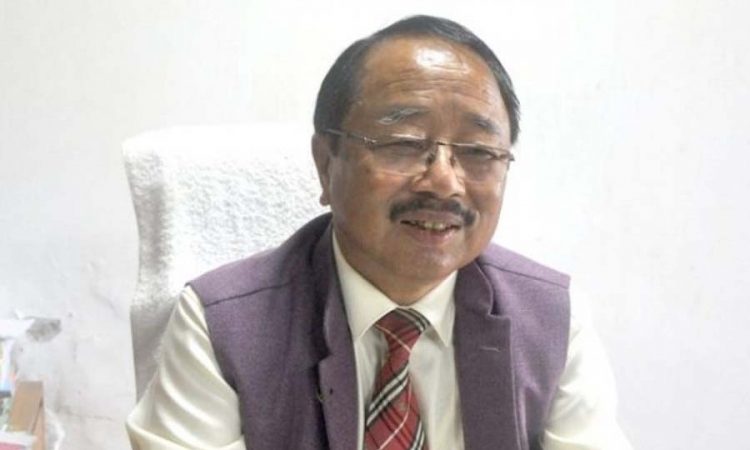 Taking part in the discussion on matter of urgent public importance pertaining to “Road condition between Patkai Bridge and Khoukhidolong” on February 16 in the Nagaland Legislative Assembly, the senior Naga People’s Front (NPF) lawmaker said the road condition in this stretch has taken a toll on the people.
This area is popularly known as Pakala Pahar, and is prone to landslides during monsoon season. And with the ongoing 4-lane highway construction, multiple rockslides have occurred, the latest being on February 17 morning. It took around 3 hours for Dimapur Police to clear the debris.
“Pakala Pahar is making us pakala,” the NPF leader said, with tongue-in-cheek, but not without an element of truth.
He cautioned that more landslides could occur in the area if the particular stretch of road is not properly taken care of before the onset of monsoon. He also questioned the activity of State Quality Control Board headed by the chief minister.
The former Home Minister asked the Government to identify alternative routes so that people do not suffer.
Former Roads & Bridges Minister and NPF lawmaker, Vikheho Swu said that the NH-29 4-lane road from Kohima to Dimapur was supposed to be completed by 2018, but the contractors could not make the deadline. It is expected to be completed by 2022.
According to him, the contractors have assured the Government to complete the New Chumoukedima area by March.
Former chief minister and Leader of Opposition, TR Zeliang said there was no seriousness from the Government to provide with an alternative route between the State capital and Dimapur.
So also, there is no earnest effort by the Government to complete the capital by-pass road from Niuland to Meriema, which on completion would be shortest road between the two cities, he said. Reportedly, progress of work has been stalled due to problem from the landowners.
On delay in completion of the 4-lane highway, Zeliang was said there was something fishy as the State Government has not insisted upon the contractors to strictly follow the agreement.
Minister for Roads & Bridges, Y Patton said that National Highways and Infrastructure Development Corporation Ltd (NHIDCL) has been monitoring the progress of the 4-lane project. He maintained that State Government was constantly in touch with the NHIDCL, especially between Patkai Bridge and Khoukidolong.
Also, NHIDCL has advised the contractors to strictly adhere to the agreement and implement all safety norms.
Patton said that timing for movement of vehicles at New Chumoukedima area could be reviewed to ensure progress of the work is not hampered, and work is completed in time.
While the citizens suffer, it was only after the recent intervention of Governor RN Ravi that the Deputy CM and other officials had rushed to New Chumoukedima area for inspection as well as to find an alternative route, which will be maintained by the Urban Development department.
Another short route is the Kohima-Zhadima-Niuland road, but this road has remained neglected over the years, even though vehicles can still ply.
For the people for whom situation is limping back to normalcy after nearly a year of lockdown, the constant road blockades, due to reasons that are man-made, are also adding more fuel to the collective frustration. (Page News Service)