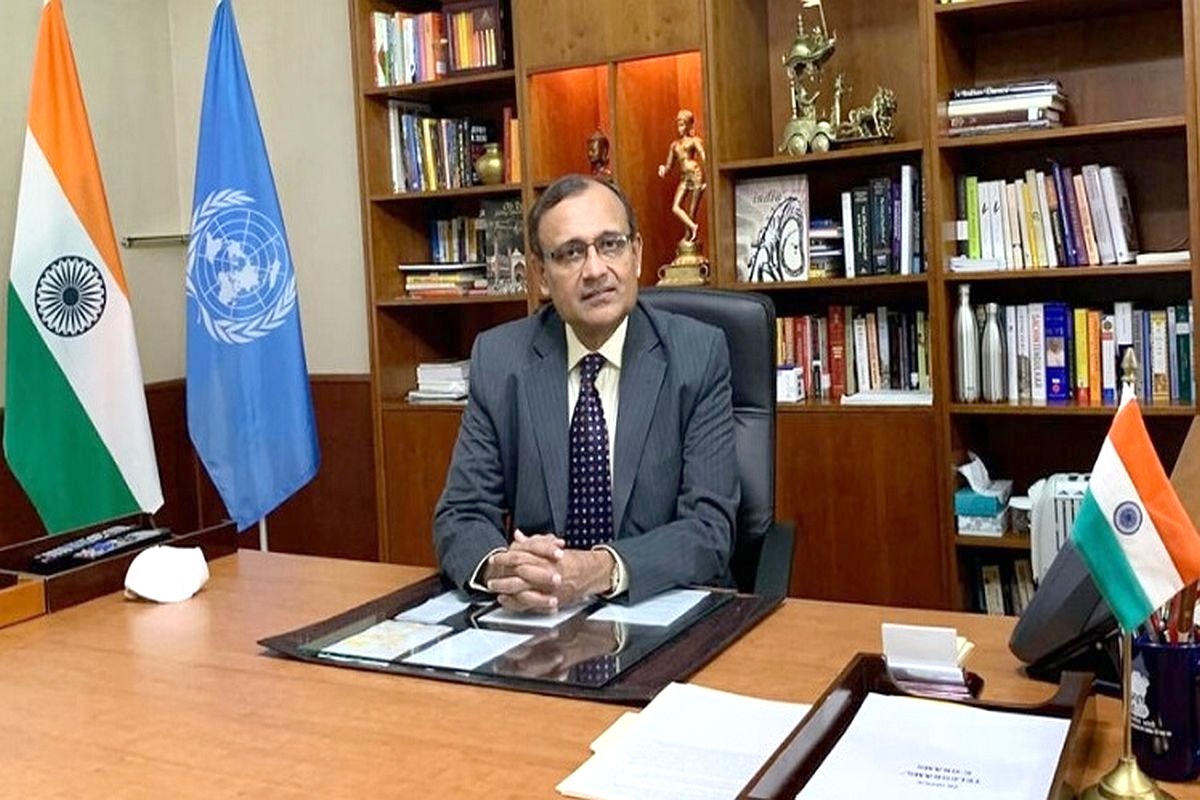 NEW DELHI, AUGUST 4: India’s Permanent Representative to the United Nations, TS Tirumurti on Tuesday lashed out Pakistan for harbouring terror groups on its soil saying that Islamabad is the “nerve centre of terrorism” and added the even its Prime Minister Imran Khan had admitted that some 40,000 terrorists were present in the country.
Quoting a a report released in May, the Indian envoy said that Pakistan-based terrorist organisations, Jaish-e-Mohammad and Lashkar-e-Taiba, continue to have large presence of terrorists in Afghanistan and are involved in carrying out terror attacks there. “Pakistan PM is on record saying that there are around 40,000 terrorists present in Pakistan,” Tirumurti told news agency ANI.
“It is a well-known fact that Pakistan is the nerve centre of terrorism. Pakistan is home to the largest number of listed terrorists, internationally designated terrorist entities and individuals, including Jamaat-ud-Dawah, Lashkar-e-Taiba, Jaish-e-Mohammad and Hizbul Mujahideen,” he added.
Referring to the United Nations’ 26th report of the Analytical Support and Sanctions Monitoring Team concerning ISIS, the official said there is a clear acknowledgement that the leadership and funding for the terrorist entities like Al-Qaeda, ISIS emanate from Islamabad.
“In a recent report of Analytical Support and Sanctions Monitoring Team, which submits its report periodically on terror activities of ISIS, Al-Qaeda, there are direct references to Pakistan’s involvement,” he said.
Further lashing out at the Imran Khan Government for trying to internationalise bilateral issues, the Indian envoy to UN said, “Attempts by Pakistan to try and internationalise what is a bilateral issue is nothing new.”
Without directly referring to the Khan Government trying numerous times to bring out the Kashmir issue at the global forum, Tirumurti said, “Contrary to what the Foreign Minister of Pakistan has asserted, there has been no formal meeting of the Security Council on India-Pakistan issue since 1965”.
“What came up recently was a closed-door and completely informal meeting under ‘Any other business’, which is not even a recorded discussion,” he added.
He said that in the UN Security Council, practically every country, except for China underlined the fact that this (Kashmir issue) was a bilateral issue.
“Pakistan’s attempt fell flat. Even UN Secretary General, in his statement last August, clearly referred to 1972 bilateral Shimla Agreement. Consequently, Pakistan’s efforts haven’t met any traction in UNSC. Even if Pakistan persists, there are no takers here in the United Nations,” he said.
The envoy further assured that “the attempt by Pakistan to involve the United Nations in the context of Jammu & Kashmir, has not borne fruit and has been strongly refuted by India at every turn”.
Attacking Islamabad over what he termed as “infodemic” about the Coronavirus situation in India, India’s Permanent Representative to the UN, TS Tirumurti, said, “India and a group of select countries cutting across regions made a joint statement in the context of infodemic in the context of COVID-19, at the UN… The statement was designed to counter exactly this type of disinformation spread by countries like Pakistan in the context of COVID-19 to foment division and create disharmony among communities”.
“The EAM had emphasized that we need to take concrete steps to counter his infodemic,” he said and added that the joint statement received widespread acknowledgement from over 113 member states and observers.
(Courtesy: TS)