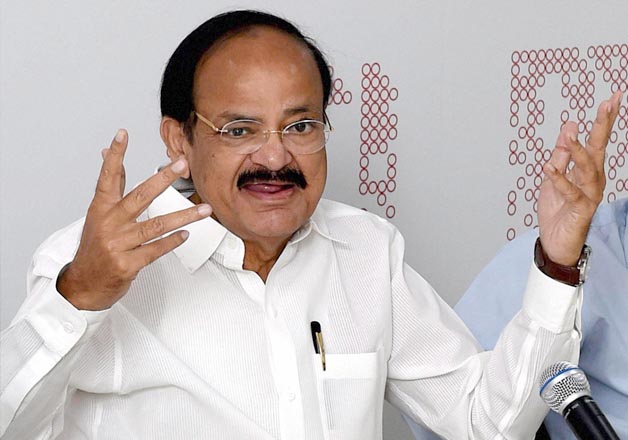 NEW DELHI, March 2: Lashing out at Pakistan for aiding and abetting terrorism, Vice President Venkaiah Naidu on Saturday said the neighbouring country was damaging itself and humanity by these acts, and underscored that global consensus should be built to focus on eradicating the scourge of terrorism.
“Our neighbour is aiding, abetting, funding, training terrorists. They are not able to understand the damage they have done including to the humanity and also to themselves,” Naidu said at an event in Delhi, without naming Pakistan.
He said while India wants to be friendly with all countries and neighbours and has never attacked any country, “If somebody wants to do some mischief, we have to answer and for that the country has to be united”.
“We cannot allow nations to encourage terrorist activities and harbour terrorist safe havens and training camps,” he said.
The nation has to work as Team India to build a stronger, more developed country which is capable of defending itself against hostile forces “and disruptive designs like we have demonstrated two days ago in a fitting response to our neighbour’s inaction to check cross border terrorism”,  the Vice President said in a reference to recent airstrike against terror camp in Pakistan.
“Our fight is against terror and all its manifestations, not against any religion as our External Affairs Minister Sushma Swaraj made it clear in her address at the OIC meeting,” Mr Naidu said, adding that the world, especially South East Asia has numerous problems like poverty, illiteracy and unemployment.
“We have to encourage countries to skill people, not to kill people,” he said.
The Vice President said he would like to join the nation in saluting Wing Commander Abhinandan for his bravery, valour and professional integrity in the face of adversity.
Naidu made the remarks at the foundation stone laying function of a new office building of the Ministry of Skill Development and Entrepreneurship ”Kaushal Bhawan”.
It is to be built by state-run Navratna PSU NBCC at New Moti Bagh, New Delhi at a cost of Rs. 172 crore. He said its construction will be completed in next 18 months.
Noting that by 2022 the country has to skill more than 40 crore people, the Vice President said the private sector also needs to get involved in this regard. (PTI)