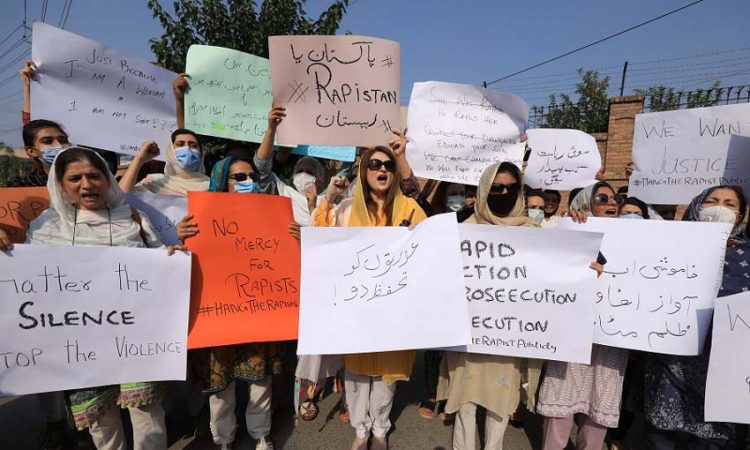 Lahore, March 20: An anti-terrorism court in Pakistan on Saturday handed down death sentence to two accused involved in the gangrape of a French woman in Lahore.

The incident, which took place at Lahore-Sialkot motorway in September last year, had sparked countrywide outcry with a demand for public hanging of the perpetrators of the crime.
The accused — Abid Malhi and Shafqat Bagga — gangraped the Pakistan-origin French woman in front of her three children after dragging her out of her car that stopped on the highway after it ran out of fuel.
Malhi and Bagga were arrested after a countrywide manhunt over a month after the incident. Police traced both the accused with the help of their DNA samples, which matched with the blood stains found at the crime scene.
ATC Lahore Judge Arshad Hussain Bhutta sentenced Malhi and Bagga to death and also imposed a fine of PKR 50,000 on each of them.
“The judge also sentenced them to life imprisonment on charges of dacoity and five-year jail term for breaking the lock of the car door of the victim. The court also ordered confiscation of the property of the convicts,” a court official told PTI.
According to police, Malhi had snatched over PKR 100,000 cash from the woman and spent it while fleeing from police. However, they could not recover the gold bangles and ATM cards that Malhi had snatched from the woman.

The hearing of the case took place in the Camp Jail Lahore due to security concerns. The prosecution presented 53 witnesses, including the survivor, the complainant of the FIR and the person who reported the incident on the police emergency helpline.
Police also recovered a pistol and a club used in the crime from the possession of the suspects, besides their mobile phones. The investigation officer said the suspects had confessed to their crime. (PTI)