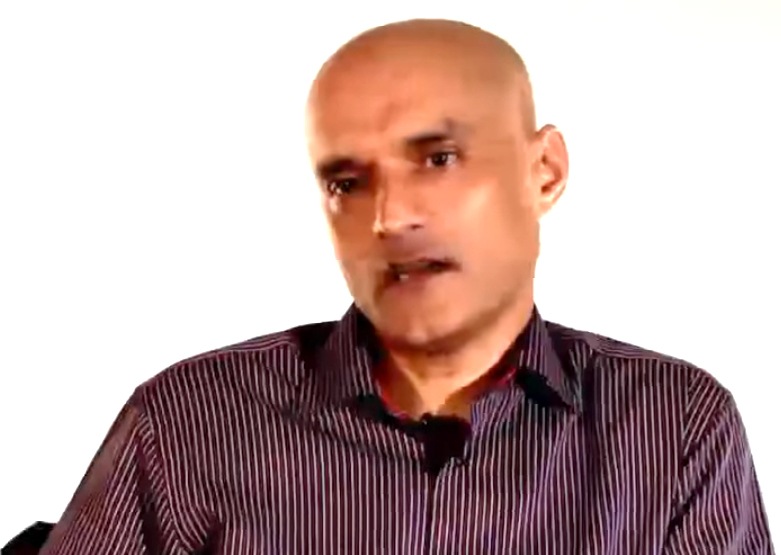 ISLAMABAD, AUGUST 4: A top Pakistani court has named 3 senior lawyers as amici curiae in the case of Kulbhushan Jadhav as it ordered the Pakistan Government to give “another chance” to India to appoint a counsel for the death-row prisoner.
Jadhav, the 50-year-old retired Indian Navy officer, was sentenced to death by a Pakistani military court on charges of espionage and terrorism in April 2017.
India approached the International Court of Justice against Pakistan for denial of consular access to Jadhav and challenging the death sentence.
The Hague-based ICJ ruled in July 2019 that Pakistan must undertake an “effective review and reconsideration” of the conviction and sentence of Jadhav and also to grant consular access to India without further delay.
A 2-member Bench of the Islamabad High Court (IHC) comprising Chief Justice Athar Minallah and Justice Miangul Hassan Aurangzeb appointed the 3 lawyers on Monday as it held a hearing of the petition filed by the Pakistan Government to appoint a lawyer for Jadhav.
Amicus Curiae is a lawyer appointed by a court to assist in any matter or case.
The court also ordered a larger Bench to be set up for the case. It also directed the Registrar of the court to fix the proceedings at 2 p.m. on September 3 before a larger Bench.
“We appoint Abid Hassan Manto, Hamid Khan, Senior Advocates of the Supreme Court and former presidents of the Supreme Court Bar Association, and Makhdoom Ali Khan, Senior Advocate Supreme Court and former Attorney General of Pakistan, as amici curiae for our legal assistance in general and, in particular, to ensure that the judgment of the International Court is effectively implemented,” the court said in its order.
The Pakistan Government in its petition has claimed that Jadhav refused to file a review petition or an application to reconsider the verdict against him by the military court.
“We feel that in order to ensure the effectiveness of the review and reconsideration of the conviction and sentence of Commander Jadhav, a reasonable opportunity ought to be extended to the latter and the Government of India to arrange legal representation and to file a petition.
“We, therefore, at this stage restrain ourselves from appointing a counsel on behalf of Commander Jadhav and advise the Government of Pakistan to extend an opportunity to Jadhav and the Government of India for arranging legal representation in terms of Article 32(1)(c) of the Convention and in accordance with the applicable laws,” the court order said.
The court also asked the Pakistan Government to communicate the order to the Indian Government.
Responding to the Judge’s remarks, Pakistan’s Attorney General Khalid Javed Khan said an ordinance was issued to give an opportunity to India and Jadhav to file a review petition against the sentence.
“We will contact India again through the Foreign Office,” he said.
He told the court that Jadhav was being taken care of and was in good health.
On July 16, Pakistan provided consular access to Jadhav, but the Indian Government said the access was “neither meaningful nor credible” and he appeared visibly under stress.
In New Delhi, External Affairs Ministry spokesperson Anurag Srivastava last month said Pakistan has once again exposed its “farcical” approach by denying available legal remedies to Jadhav against his death sentence which is also in contravention of the ICJ verdict, and asserted that India will explore further options in the case.
Srivastava said Pakistan has blocked all the avenues for an effective remedy available to India in the case, while noting that New Delhi has so far requested consular access to Jadhav for 12 times over the past one year.
The MEA spokesperson said Pakistan is not only in violation of the judgment of ICJ, but also of its own ordinance. (PTI)