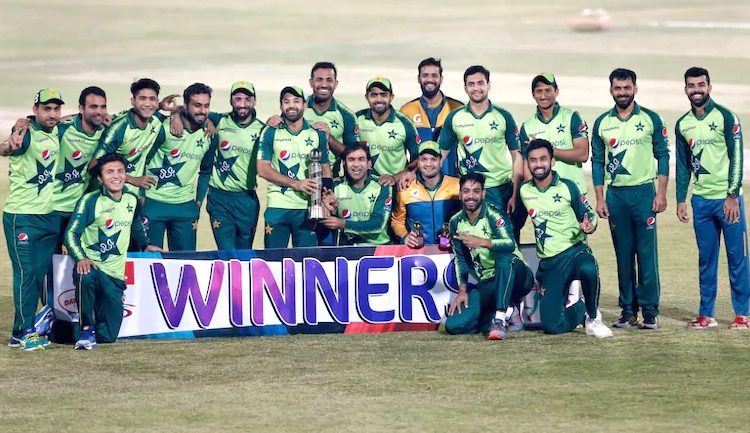 RAWALPINDI (Pakistan), November 10: Leg spinner Usman Qadir grabbed four wickets to guide Pakistan to a 3-0 whitewash of Zimbabwe with an eight-wicket victory in the third Twenty20 in Rawalpindi on Tuesday.
The 27-year-old Qadir — son of the late star spinner Abdul Qadir — finished with 4-13 from four mesmerizing overs to restrict Zimbabwe to a paltry 129-9 in 20 overs.
That proved a walk in the park for the home team, which cruised to victory in 15.2 overs losing just two wickets.
Pakistan lost Fakhar Zaman (21) and Haider Ali (27) but debutant Abdullah Shafique top-scored with 41 and saw Pakistan home with Khushdil Shah (36 not out).
Khushdil hit a six off Faraz Akram to bring up the victory.
This was Pakistan’s 14th win in as many T20 internationals against Zimbabwe, and are now fourth in the international T20 rankings.
Zimbabwe allrounder Elton Chigumbura was accorded a warm farewell by his teammates, but he scored just two runs in his last international match.
Earlier, the visitors, who won the toss and batted, were derailed by Qadir, who recorded the third-best figures by a Pakistani bowler against Zimbabwe in T20s.
Qadir started the slide with the wicket of skipper Chamu Chibhabha (31), before dismissing Wesley Madhevere (nine), Milton Shumba (11), and Elton Chigumbura (two) to finish behind Mohammad Hafeez (4-11 at Harare in 2011) and Imad Wasim (4-13 at Harare in 2015).
The home team won the first match by six wickets and the second by eight.
Chibhabha hit three boundaries and a six in his 28-ball knock, the highest of the innings.
Number eight Donald Tiripano scored a 22-ball 28 to help Zimbabwe cross the 100-run mark.
Pakistani left-arm spinner Imad Wasim finished with 2-27. (AFP) 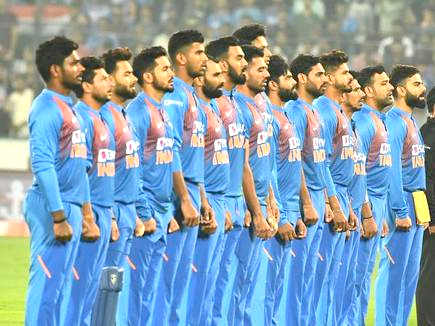 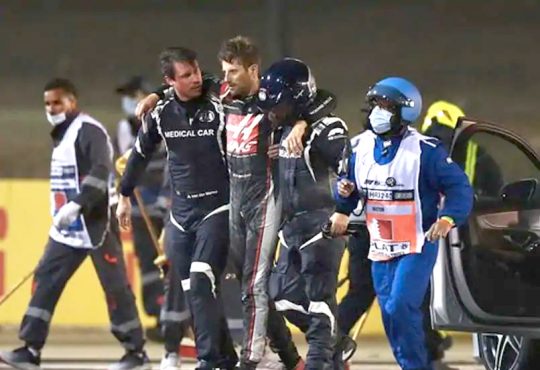 Grosjean to miss race after crash, Fittipaldi’s grandson in