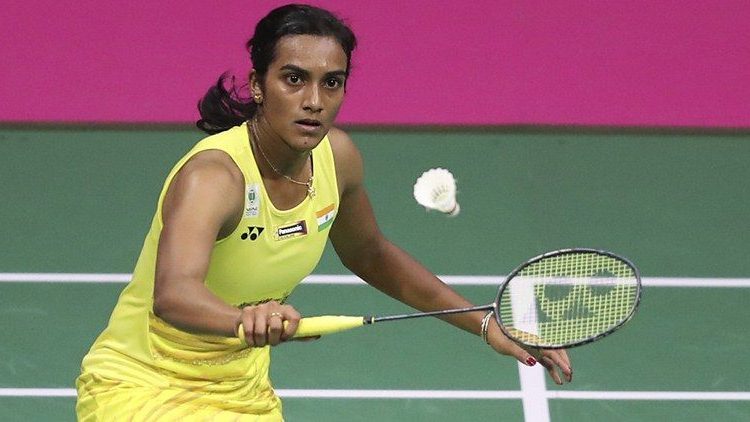 Bangkok, July 13: Olympic silver medallist PV Sindhu progressed to the women’s singles semifinals after knocking out Malaysia’s Soniia Cheah in straight games at the USD 350,000 Thailand Open World Tour Super 500 tournament in Bangkok on Friday.
The second seeded Indian continued her consistent performance with a 21-17 21-13 win over world no 35 Soniia in a 36-minute clash.
The world no 3 Indian will next face Indonesia’s Gregoria Mariska Tunjung. The drift in the hall created troubles for both the shuttlers who struggled with the length of their strokes. Sindhu was erratic initially and the result was Soniia led 11-7 at the first interval.
After the break, Sindhu slowly started dominating the proceedings and reeled off five points to lead 13-12.
The Indian started putting pressure on the Malaysian with her attacking game and grabbed four game points when Soniia hit long. The Malaysian saved one game point before Sindhu sealed the first game with a smash.
After the change of sides, Sindhu moved to a 6-3 lead but Soniia came back to level at 8-8 after the Indian committed a few unforced errors.
Sindhu managed to grab a 11-9 lead at the interval before taking nine straight points to zoom to surge ahead. Soniia managed to stay alive by saving three match points before Sindhu sealed the issue with a stunning smash. (PTI)