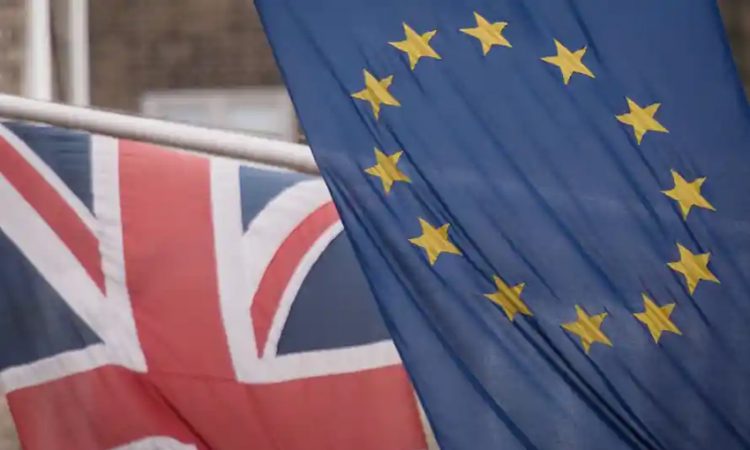 London, July 2: More than 6 million European Union citizens applied to settle in the UK before the end-June deadline that the British government had imposed as part of the country’s departure from the bloc.
In a statement Friday, Britain’s Home Office said of the 6.02 million people who had applied, 400,000 applications were made in the final month before the end of the EU Settlement Scheme.

“Having more than 6 million applications to the scheme is an unprecedented achievement and I am delighted that we have secured the rights of so many EU citizens — our friends, neighbours and family members,” Home Secretary Priti Patel said.
The Home Office said that the 570,000 people with pending applications will have their rights protected until their application is decided and that there will be “indefinite scope” for anyone who missed the deadline to make a late application.
People who submitted an application by the deadline have received a certification that they can use if they need to prove their immigration status for any reason, such as taking up a new job or renting a property.
The scheme was introduced in March 2019 as part of the UK’s plans to leave the EU. One of the main impacts of Brexit was the end of freedom of movement, whereby anyone in any EU state can live and work anywhere else within the bloc, which numbers 27 countries after the UK’s departure.
Under the scheme, EU citizens in the country will be guaranteed their rights, including access to benefits and healthcare, in the UK Any EU citizen who hasn’t applied could now potentially lose their rights or even be subject to deportation.
Similar schemes have been in place in the EU with regard to the 1 million or so British citizens who live within the bloc. Those applying for post-Brexit residency permits in France also faced a deadline on Wednesday.
One key concern is that the immigration policy could leave a disastrous legacy similar to Britain’s “Windrush” scandal, when many people from the Caribbean who legally settled in the UK decades ago were wrongly caught up in tough new government rules to crack down on illegal immigration.

Many in the “Windrush generation” — named after the ship that carried the first post-war migrants from the West Indies — lost their homes and jobs or were even deported simply because they couldn’t produce paperwork proving their residency rights. (AP)