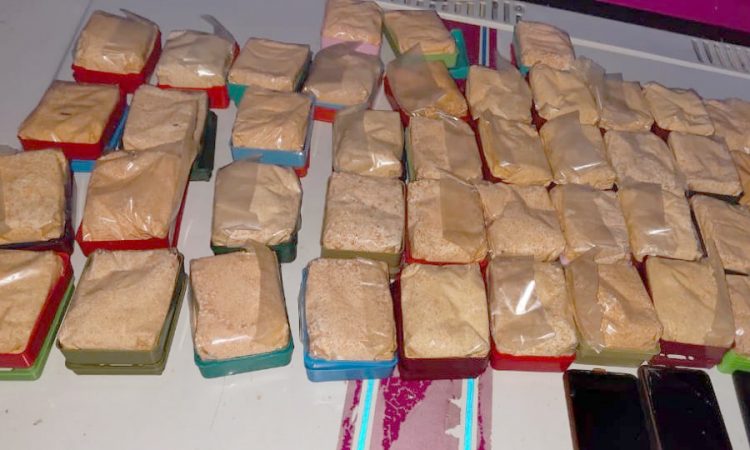 Imphal, October 30: The Manipur Police has busted a drug manufacturing unit and seized over 435 kg of brown sugar from Thoubal district, a senior police officer said on Friday.
Acting on a tip-off, a police team raided a house in Moijing Awang area on Thursday and recovered 16 packets of brown sugar along with other materials used for manufacturing of the drug, Thoubal Superintendent of Police Sarangthem Ibomcha Singh said.
“We have seized 435.94 kg of brown sugar along with 438 litres of morphinated liquid, 705 grams of lime and a bottle of ammonium chloride,” the SP said.
The police also recovered three LPG cylinders, a motorcycle and an auto-rickshaw during the search operation, Singh said.
The market value of the seized drug could not be ascertained, another police officer said.
“Md. Kayamuddin, the owner of the brown sugar manufacturing unit, and his wife managed to escape from the spot during the raid. A search operation has been launched to apprehend them,” he said.
The state police has intensified its crackdown on illegal activities ahead of the upcoming by-elections to three assembly seats on November 7. (PTI)

Demand raised for law against pre-marriage religious conversions in Tripura