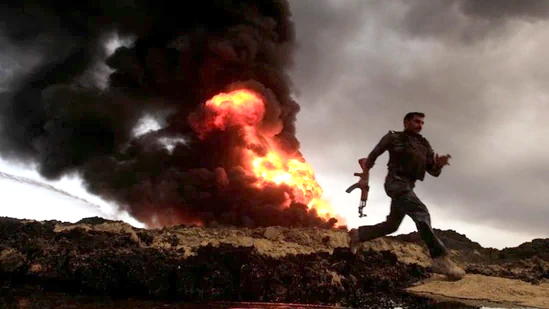 Afghan security agencies have said that the bodies of several civilians are still lying on the ground in Spin Boldak. (File Photo)

Kandahar, July 23: More than 100 people were reportedly killed by unidentified gunmen in Spin Boldak district of Afghanistan’s Kandahar province, which is under the control of the Taliban, TOLO News reported has citing sources. Tolo News reported that the Afghan ministry of interior blamed the Taliban for the killings of the civilians in Spin Boldak and said they were murdered without any reason.

“The brutal terrorists on the order of their Punjabi bosses (Pakistan) ambushed the homes of the innocent Afghans in certain areas of Spin Boldak, looted the homes and martyred 100 innocent people. This unveils the real face of the cruel enemy,” Mirwais Stanekzai, a spokesperson for the ministry of interior, was quoted as saying by Tolo News.
“They (Taliban) conduct these acts on the orders of their masters, they want to give the colour of an ethnic war to their proxy war,” Stanekzai added.
Afghan security agencies have said that the bodies of several civilians are still lying on the ground in Spin Boldak. “They (Taliban) even resorted to the looting of the homes of civilians and government offices including the destruction of public infrastructure,” Rohullah Ahmadzai, a spokesperson for the ministry of defence, said, according to TOLO News. “They also assassinated the civilians,” Ahmadzai added.
However, Taliban spokesperson Zabihullah Mujahid rejected the allegations.
The Taliban seized Spin Boldak last week. Scores of Taliban members were seen rampaging through the town, looting homes and seizing vehicles of government officials, who had fled the area, in video footage released by France 24.
Pentagon press secretary John Kirby said on Thursday that the US military launched several airstrikes this week in support of Afghan government forces fighting Taliban insurgents, including in Kandahar. “In the last several days we have acted, through airstrikes, to support the ANDSF,” Kirby said using an acronym for the Afghan national defense and security forces. “But I won’t get into technical details of those strikes,” Kirby added.

He was replying to a question by a reporter about news reports of a Navy FA-18 airstrike in the Kandahar area.
Another defence official said following Kirby’s comments that on Wednesday and Thursday, the US conducted more than four airstrikes in support of Afghan forces. (Courtesy: HT)