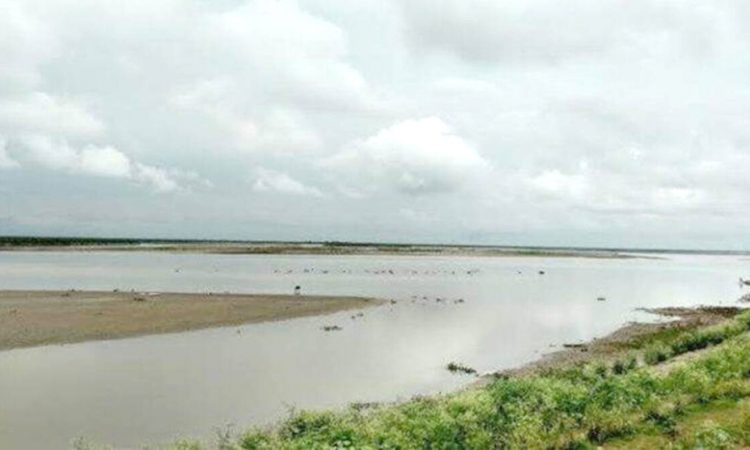 Beijing, December 3: China on Thursday said it was within its legitimate rights to build a dam on the lower reaches of the Yarlung Zangbo river close to the Line of Actual Control (LAC), but gave the assurance that the hydropower project will take into account the interests of downstream countries such as India and Bangladesh.
China has finalised initial plans to build a “super” dam on the lower reaches of the river in Medog county of Tibet Autonomous Region (TAR), in a move that could have a far-reaching impact on northeastern India’s water security.
Originating in TAR, the trans-border Yarlung Zangbo flows into Arunachal Pradesh where it is called Siang, and then to Assam as Brahmaputra before flowing into Bangladesh.
International experts HT has spoken to on the project say that though details about the massive project are not publicly available, once completed, it could impact lower riparian states and the environment in TAR.
Chinese foreign ministry spokesperson, Hua Chunying, brushed aside the apprehensions.
“Hydropower development in the lower reaches of Yarlung Zangbo river is China’s legitimate right. When it comes to use and development of cross-border rivers, China always acts responsibly. We have a policy featuring development and conservation, and all projects will go through science-based planning and assessment with due consideration for its impact downstream and taking into account interests of upstream and downstream regions,” she said at a briefing when asked about the project on Thursday.
“The development of lower reaches of Yarlung Zangbo is in early stages of planning and assessment. There is no need to read too much into that,” she said.
“For a long time, China, India, and Bangladesh have had good cooperation in sharing hydrological information, flood and disaster reduction and contingency management. We will continue communication through existing channels,” Hua said.
“Going forward China, India, Bangladesh and other concerned countries will continue to have good communication. There is no need for any anxiety on this matter,” she added.
Experts caution that though it’s early to comment on the adverse impact of the project, there are reasons for unease in India and Bangladesh.
“As a major downstream dam on the lower reaches of the Yarlung Tsangpo, this is surely an important development but also something that has been speculated for quite some time now. China’s position as an upper riparian allows it extensive leverage over the Himalayan waters and in recent years, China’s dam-building and water-diversion projects, coupled with reservations in transparently sharing all hydrological data despite MoUs (post the Doklam standoff), have all been a major cause of concern for downstream countries like India and Bangladesh,” said Farwa Aamer, director of the South Asia Programme at the New York-based EastWest Institute.
Miroslav Marence from the River Basin Development programme of The Netherland-based IHE Delft Institute for Water Education said the lack of information on the project was worrying.
“To form technical and also scientific opinion, project data is essential. After we have these data, we can speak about influences and impacts – environmental and social. The project looks known in China but without any international knowledge. This makes the project more conspirative,” Marence said.
Marence said that it was his “speculation” that China isn’t sharing project details because it “has big impact”.
Experts cited the example of how China has handled the issue of sharing hydrological data for the Lancang river (originating in Tibet) and flowing as Mekong through southeast Asian countries such as Laos, Cambodia, Thailand and Vietnam.
It was only in October this year that China signed an agreement with the Mekong River Commission (MRC) to share year-round data on the flow of its portion of the vital waterway amid rising concern that Chinese dams may be causing drought downstream in southeast Asia. Until October, Beijing was only sharing water data for the months between June and October.
A push for more data from China’s portion of the Mekong river intensified this year after the US government’s criticism that 11 Chinese dams on the Lancang river were “hoarding” water and hurting livelihoods downstream, a Reuters report said in October. Beijing denies the accusation.
Ameya Pratap Singh, doctoral candidate at Oxford University, who has written on “India-China relations and the geopolitics of water”, said New Delhi needs to be on alert about the dam.
“From India’s perspective the risks are …flooding, water scarcity, diversion of river water and consequent unrest in the northeast where the administrative control of the state has been historically feeble,” Singh said.
The new project fits well with China’s turn towards coercive diplomacy and weaponisation of dependence elsewhere, Singh said, giving the example of the ongoing China-Australia trade spat.
“Natural resources and Tibetan water reservoirs will potentially be weaponised with India and S-E Asia. There are no good options for New Delhi… But India itself has been unwilling to negotiate trans-boundary river water sharing with Bangladesh. The upper riparian holds all the cards,” Singh added.
Liu Xiaoxue, south Asia watcher at the Chinese Academy of Social Sciences, a leading Chinese government-affiliated think tank, said the dam will give an opportunity for China and India to cooperate, but New Delhi’s apprehensions will remain.
“My opinion is that it will surely benefit both sides leading to mutual prosperity. But given the huge deficit of political mutual trust between India and China, there is no doubt it will result in a strong resistance from the Indian side,” she told HT.
“Actually, in today’s world, to handle cross-border rivers remains a big challenge to any concerned party. India and China as upstream and downstream countries as well as two emerging powers are supposed to develop a more sensible and sustainable way to solve their differences,” Li said. (Courtesy: HT)