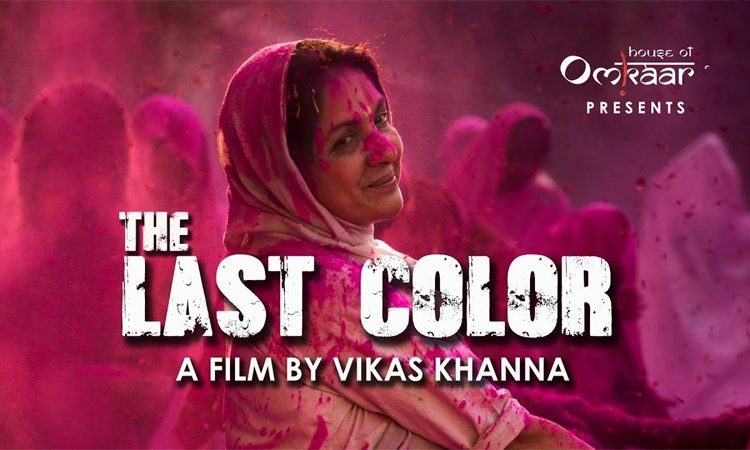 Michelin-star chef Vikas Khanna’s directorial debut The Last Color, starring National Award-winning actor Neena Gupta, is among 344 feature films in the running for a nomination in the Best Picture category for the 2020 Academy Awards.
An elated Vikas Khanna shared the news on social media and Neena Gupta too couldn’t control her happiness. “BEST WAY TO START 2020. MIRACLE. MIRACLE. Thank you UNIVERSE. Our humble film THE LAST COLOR is pure HEART. Oscars: Academy Announces 344 Films Eligible for 2019 Best Picture,” tweeted Khanna along with a screenshot of the list shared by The Academy of Motion Picture Arts and Sciences.
Replying to one of Khanna’s tweets, the Badhaai Ho actor wrote on Twitter, “Cant believe am soooo happy.”
In his other tweets, Vikas Khanna mentioned Neeraj Ghaywan’s 2015 release Masaan was the inspiration behind The Last Color. He thanked the Masaan director and actors Vicky Kaushal and Richa Chadha for the inspiration.
Set in the ancient Indian city of Varanasi, The Last Color is the story of 70-year-old widow Noor, played by Neena Gupta, and her special bond with 9-year old Chhoti (Aqsa Siddiqui), a homeless girl who aspires to go to school and makes ends meet by performing stunts as a tight-rope walker and selling flowers.
Further, Vikas Khanna mentioned in his tweets, “I wrote the story-screenplay-scenes-concept-music-novel on the banks of Ganges. As she touched my feet & made me alive again & again. Singing lullabies to me at the night.”
The Last Color had a screening in July 2019 at the United Nations headquarters in New York. Before the screening, Neena Gupta had told PTI, “I feel that if all of us start at home, to be nice to our staff, pay them better salaries, look after their children’s education, then the whole world will change.”
Vikas Khanna had also spoken about The Last Color. He said, “The movie aims to bring a reform in a society where sometimes we are stuck in old traditions but we need to make way for the new ones. We should call out traditions which are suppressing people because everyone has a right to live and love.” The chef-turned-director also added that the movie is a tribute to the countless widows who lived and died a colourless life.