HomeInfotainmentOscars 1989 didn’t have a host and it’s considered the worst ceremony’ ever
Infotainment
2 years agoFebruary 20, 2019No tags 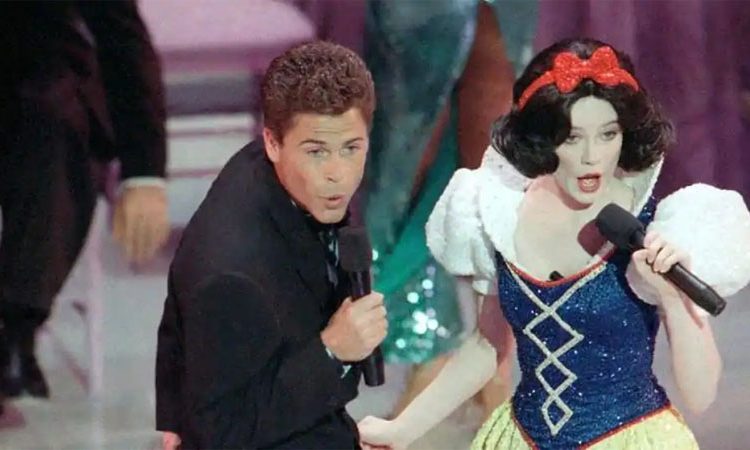 The Academy of Motion Pictures and Arts has had to struggle a lot this year to put together an Oscars ceremony. From scrapped new categories to backtracking on crucial decisions, the road to February 24 has been long and full of massive bumps. However, the biggest challenge rearing its head right now is the complete absence of a host, a first in 30 years.
Kevin Hart was announced as this year’s Oscar host only to withdraw days later when people pointed out his old homophobic tweets and the comedian initially “chose to pass on the apology.” Hart finally apologised as he resigned, leaving the Oscars host-less for only the fifth time in its 91-year history.
The last time the Oscars were without a host was in 1989. The 61st Academy Awards—commonly known as the worst Oscars ever—was the cursed night when it all fell apart. However, the lack of a host was the least of Oscars problems that night.
In 1989, stage producer Allen Carr was appointed by the Academy in a bid to try something new and refreshing for the audience. Allen was known for his ostentatious, colourful and over-the-top productions and the Academy thought he just might be the guy that helps him win over the viewers again. Surely, there was a lot that Carr deserved credit for. He was the one to make the red-carpet walks a thing. The stars and their outfits were given long coverage before they took their seats at the ceremony. Earlier, the red carpet footage was shown for a mere few minutes before the ceremony. Now, it is arguably what people find most interesting about award shows.
Carr was also the one to coin the iconic words, “And the Oscar goes to…”. Earlier, presenters would just say “And the winner is…” Of course, the host was also taken out of the picture to have the awards be presented by celebrities in pairs. However, that’s about it.
What pushed the ceremony off the cliff was the opening song and dance number itself. Carr kicked off the ceremony with an unknown young lady, dressed as Snow White and singing in high pitch, shaking hands with annoyed and uninterested actors. She was joined on stage by giant, glittery, golden stars and Merv Griffin (a talk show host) who began singing a rendition of I’ve Got a Lovely Bunch of Coconuts. Things got even more confusing as more and more veteran actors started appearing on stage, performing rehearsed dance steps. What drove the final nail in the coffin was Rob Lowe appearing on stage, flirting with Snow White and singing an entire song off-key.
The backlash to the ceremony was swift and brutal. Several publications and members of Hollywood community panned the programme soon after. Variety wrote, “The 61st Annual Academy Awards extravaganza—seen in 91 countries including, for the first time, the Soviet Union—turned out to be a TV nyet.” The New York Times wrote: “The 61st Academy Awards ceremony began by creating the impression that there would never be a 62nd.”
“The evening’s opening number, which deserves a permanent place in the annals of Oscar embarrassments, was indeed as bad as that,” wrote film critic Janet Maslin.
Even Disney washed its hand off the mess, condemning the Academy’s use of their character of Snow White. But the worst blow for Carr was when 17 Hollywood dignitaries stood against him. Julie Andrews, David Brown, Stanley Donen, Blake Edwards, John Foreman, William Friedkin, Larry Gelbart, Sidney Lumet, Joseph L. Mankiewicz, Paul Newman, Alan J. Pakula, Gregory Peck, Martin Ritt, Mark Rydell, Peter Stone, Billy Wilder, and Fred Zinnemann wrote and signed a letter that read:?“The 61st Academy Awards show was an embarrassment to both the Academy and the entire motion picture industry. It is neither fitting nor acceptable that the best work in motion pictures be acknowledged in such a demeaning fashion. We urge the president and governors of the Academy to ensure that future award presentations reflect the same standard of excellence as that set by the films and filmmakers they honor.” The letter spelled doom for Carr and is said to have affected him immensely. After the ordeal, he never worked on a single movie or stage production and died 10 years later.
However, the Academy still benefited from it all. The ceremony got an unbelievable 29.8 rating, unheard of in recent times. It was viewed by 42.7 million people in 26.9 million homes in US itself, according to a report in the LA?magazine.