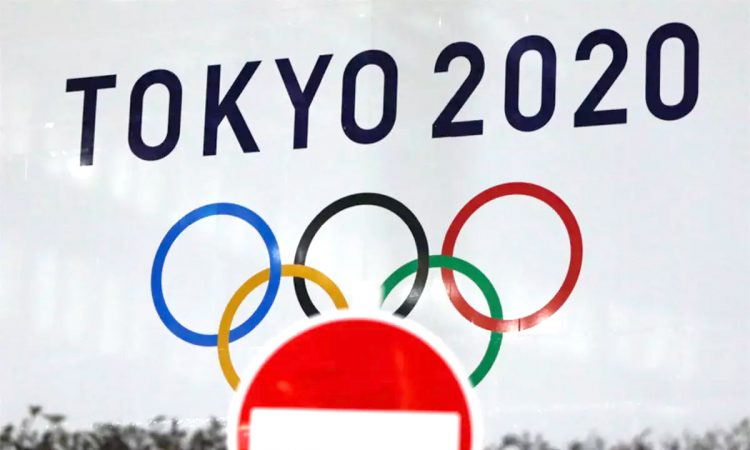 TOKYO, April 5: Authorities in Japan’s Osaka, who have repeatedly said they want to cancel one leg of the Olympic torch relay, formally requested that the route through the western city be cancelled, a Tokyo 2020 organising spokesperson said on Monday.

The relay, due to reach Osaka in mid-April, is seen as the first major test of Games organisers’ abilities to hold a large event under strict coronavirus curbs. It features 10,000 runners carrying the torch through all Japan’s 47 prefectures.
The western metropolis of Osaka is grappling with a spike in coronavirus cases and the governor of Osaka prefecture has called for cancelling the leg that takes place in the city.
The head of the Tokyo 2020 Organising Committee, Seiko Hashimoto, said on Friday she wanted to seek an early decision on the relay, and a Tokyo 2020 spokesperson said they were looking into the situation and hoped to reach a decision soon.
Organisers require roadside spectators to wear masks, practise social distancing and not cheer out loud to prevent the spread of the novel coronavirus. There have been no reports so far of infections arising from the relay, which began on March 25.
Tokyo Games: Cancer-surviving swimmer books her Olympic berth

Japanese swimmer Rikako Ikee on Sunday (April 4) qualified for the Tokyo Olympics just two years after she was diagnosed with leukemia. She swam a time of 57.77 seconds in the 100-meter butterfly at Japan’s national championships held at the new swimming venue for the Tokyo Olympics. That qualified her for a place in the medley relay.
She was overcome with tears in the water after the race, and could barely speak out of the water later, sniffling and crying at the same time. She slammed her left arm against the water when she realized she’d won.
“I was not expecting to win the 100 meters at all, and I was feeling far less confident than during the Olympic qualifiers five years ago,” she said.
“I thought I wouldn’t be able to win for a long time. But I trained hard to win. And, in the end, I came into the race telling myself I’m back. And so I feel that, even if you go through suffering and pain, your hard work will always be rewarded.”
The 20-year-old Ikee returned to the pool about a year ago but had said her goal was only to prepare for the 2024 Olympics in Paris. She had downplayed her chances for her home Olympics.
She would have been among the favorites in several Olympic races in Tokyo races if she had not fallen ill and faced setbacks. “I wanted to try to feel true happiness just being here,” she added.
“My teammates cheered me on, sending me off (to the race). And so I am now filled with happiness.”
Ikee won six gold medals in 2018 at the Asian Games in Jakarta, Indonesia, which included the 50 and 100-meter freestyle, and the 50 and 100-meter butterfly. She also won gold in two relays, and added two silvers.
Her time in winning the 100-meter butterfly in Jakarta was 56.08 seconds, the fastest of the season. She was closing in on the world record held by Sarah Sjostrom of Sweden of 55.48. It remains the world-record time.

She finished sixth in the 100-meter butterfly in the 2016 Rio de Janeiro Olympics. (Reuters/ZeeNews)