NOS: Nagaland Orthopaedic Society has condemned the arrogance and atrocity of the police whereby one of its bonafide members, Dr. Nosezol Sezo, SMO, CHC Medziphema was aggressively assaulted by the police patrolling team on the night of April 3 while returning home at Purana Bazaar area from doing Covid-19 duty in Dimapur. His private vehicle was also vandalized in the process.
The NOS said during this pandemic when health care workers especially Doctors are working overtime to protect the citizens from the dreaded Covid-19, “if we are to be physically assaulted and our properties vandalized in this manner, we cannot remain mute spectators.”
It urged the appropriate authorities to take the utmost stringent action on the erring personnel at the earliest.
CPO: The Chakhroma Public Organization (CPO) has expressed shock to learn about the incident of Dr. Nosezol (Dr. Sezo), who was severely beaten up by some police personnel belonging to the Special Task Force, while returning home after finishing his duty, related to COVID-19 preparedness, at around 11:30 pm on April 3 at Dimapur.
Stating that the act committed by police personnel is highly objectionable, the CPO condemned the same in the highest manner.
The CPO appealed to concerned authorities to immediately book and punish the culprits as per the law.

NIDA: The Nagaland In-Service Doctor Association (NIDA) has condemned the police assault on Dr Nosezol Sezo, an Orthopedic Surgeon, while returning home after a hectic duty for COVID-19 at Civil Hospital, Dimapur.
“The Association would like the public to appreciate the fact that the fraternity can resort to immediate state wide cease work as a mark of protest but considering the crucial period of COVID-19 threat facing the society, NIDA is compelled to exercise utmost restraint as it takes the welfare of public health as its top priority. However, the Authority concerned is expected to execute immediate exemplary action deem fit, basing on which the association will decide upon its future course of action,” it said in a condemnation
AGOK: The Angami Gazetted Officers Krotho ihas also condemned the assault on Dr. Nosezol Sezo, Senior Specialist/Orthopaedic and COVID-19 Quarantine Officer, on the night of April 3 at Purana Bazaar, Dimapur by Police personnel on duty.
“At this very critical time in human history worldwide, when the Doctors and medical workers are the last hope to save human kind, the AGOK views this incident as very unfortunate and grievous that rather than being protected, they face the immediate threat to life and limb from such incidents,” it said.
The AGOK appealed to the authority concerned to take immediate and necessary steps to punish the guilty, besides ensuring that such incidents do not happen to anyone engaged in the call of duty.

NMDA: The NMDA has expressed its deepest shock on the brutal assault of a renowned and responsible person Dr Sezo while performing his duty for fighting against Corona-covid-19 war.
“This is unbelievable that even a doctor can be assaulted in an inhuman manner by a group of uniformed persons who are also performing their duty in the same line,” a press release issued by NMDA said and requested the authoriteis and general public to at least acknowledge the services of the medical fraternity by showing respect to the profession.
The NMDA prayed for the speedy recovery of Dr Sezo and also prayed that such unfortunate incident does not take place any more in future.
(Page News Service) 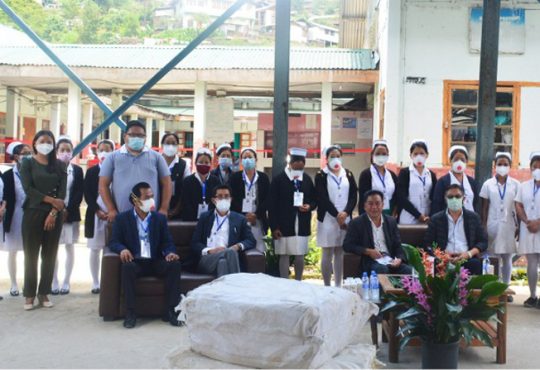 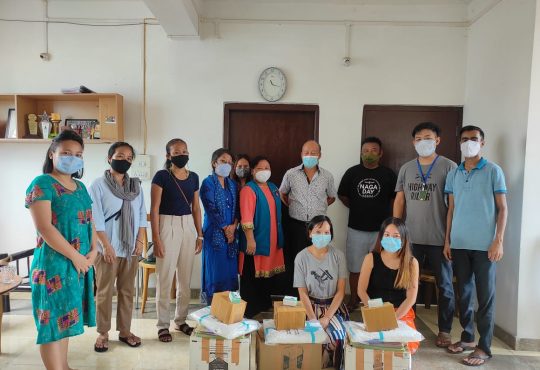 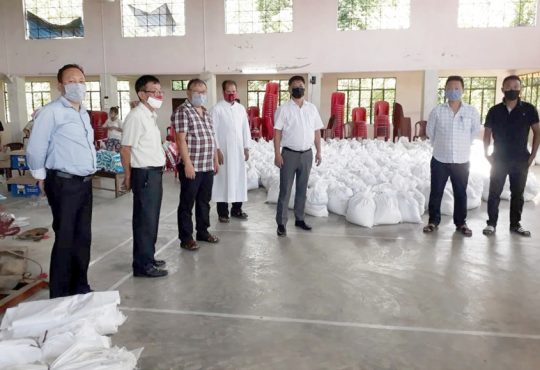