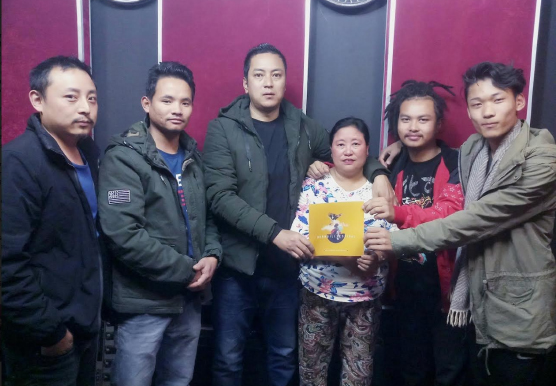 The first ever Hornbill Festival song by Oren Mozhui ‘Hornbill Festival’ was released on Saturday by a roadside vegetable vendor near Phoolbari Kohima, Masanliu Gonmei. The song was launched at C.E Studio, Midland colony, Kohima.
According to the singer, the idea behind the song is to encourage Naga people to promote the biggest Indian music festival to the outside world. It is purely a dance music composed specifically to facilitate those who are interested in music, dance and ramp walk.
Oren hoped that the song will motive more people to participate in the Hornbill Festival as the song also aim to revive and protect the rich culture of Nagaland and display its extravaganza and traditions.
The song is written and composed by Oren Mozhui and features Macnivil (rapper). It is distributed on Facebook, Whatsapp and also available on Youtube and other music websites.