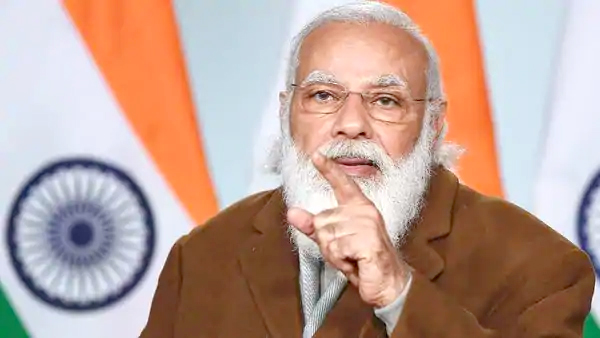 NEW DELHI, JANUARY 7: Prime Minister Narendra Modi on Thursday reacted on the violence at the US Capitol in which one woman died as the pro-Trump supporters barged in the premises.
In a tweet, PM said, “Distressed to see news about rioting and violence in Washington DC. Orderly and peaceful transfer of power must continue. The democratic process cannot be allowed to be subverted through unlawful protests.”
Violence broke out at White House in US on Wednesday in which a person was shot dead inside the US Capitol. The violence resulted as the supporters of President Donald Trump entered the building in anger over his election defeat.
“One shooting victim was transported from the Capitol,” a person attached to an emergency response unit told AFP. There were “other injuries” in the chaotic protests and that the situation remained fluid.

As reported by The Washington Post, police said the victim was a white female shot in the shoulder, and CNN said she was in critical condition at a local hospital.
The protesters, who were the supporters of Donald Trump, swarmed the US Capitol putting it on lockdown as Vice President Mike Pence rebuffed the President’s demand to overturn his loss to Democrat Joe Biden.
As per the reports, Donald Trump supporters overturned barricades and clashed with police on the US Capitol grounds and streamed inside the building.
The demonstrations flared as lawmakers met inside to formally certify Biden’s victory over Trump in the November 3 election. Law enforcement authorities struggled to maintain order.
Meanwhile, Twitter and Facebook suspended Donald Trump on Wednesday over posts accused of inflaming violence in the US Capitol, as social media scrambled to respond to mayhem by supporters buying into his baseless attacks on the integrity of the election. (Courtesy: TS)