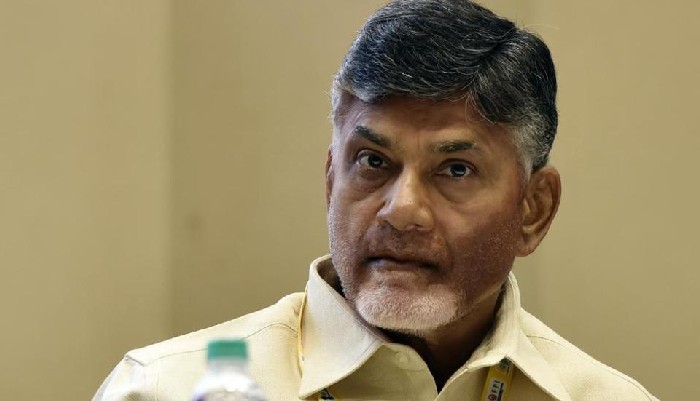 New Delhi, November 10: Anti-BJP parties would meet in New Delhi on November 22 to create a common platform and chalk out their future course of action, TDP president and Andhra Pradesh chief minister N Chandrababu Naidu said on Saturday.
Addressing a press meet after a meeting with Congress general secretary Ashok Gehlot who came here as an emissary of Rahul Gandhi at his riverfront residence here, the Telugu Desam President said the endeavour was to bring everybody on board to fight the Bharatiya Janata Party.
Naidu said he would meet West Bengal chief minister Mamata Banerjee on November 19 or 20.
“This is broadly anti-BJP platform. This is in the interest of the nation. Save democracy, save the nation and save the institutions.. That is the agenda. That is the national agenda, an utmost important agenda,” Naidu said.
The TDP chief had recently met former Prime Minister H D Deve Gowda, his Karnataka counterpart H D Kumaraswamy and DMK president M K Stalin as part of his efforts to forge a front against the BJP.
“Now I have convinced everybody. Everybody is willing to cooperate with us. In this experiment, Congress is the main opposition party. They have more responsibility. We have to acknowledge that,” Naidu said.
The New Delhi meeting would decide on “how to move forward” and also “build an organisational structure” for the anti-BJP platform, he added.
Naidu said he had already met several leaders, including Rahul Gandhi, Sharad Pawar, Farooq Abdullah and others, and would meet Trinamool Congress chief and West Bengal chief minister Mamata Banerjee.
Replying to questions, he said there were only “two platforms” in the country BJP and anti-BJP.
“Political parties should decide which side they are. If they don’t join us, it means they are with BJP,” he said.
“The Tamil Nadu government is controlled by remote control (from New Delhi). Telangana Rashtra Samitis (TRS) agenda is BJP agenda. Some parties are there. They are aligned with the BJP,” Naidu said.
The TDP chief said some parties might join them after the elections to Assemblies in five states and “one or two” might come after the Lok Sabha elections.
“Our effort is to bring everybody on board to fight the BJP,” he said.
To a question, he said sharing of seats (in elections) and other things would come after some time.
Gehlot said there was an “undeclared Emergency-type atmosphere in the country.
Institutions are getting destroyed in the country. Constitution (of India) is getting weakened. People are worried. Not one section of the society is happy with the Modi administration in the last four and a half years,” the former Rajasthan chief minister said.
While anti-BJP parties have their foundations in secularism and democracy, the BJP and RSS people have only the “mask of democracy” on their faces, he said.
“They dont have any faith in democracy. They are fascist…,” Gehlot alleged.
This was the “proper time” for (anti-BJP) parties to come on to a single platform and forge a grand alliance, the AICC general secretary added. (PTI)