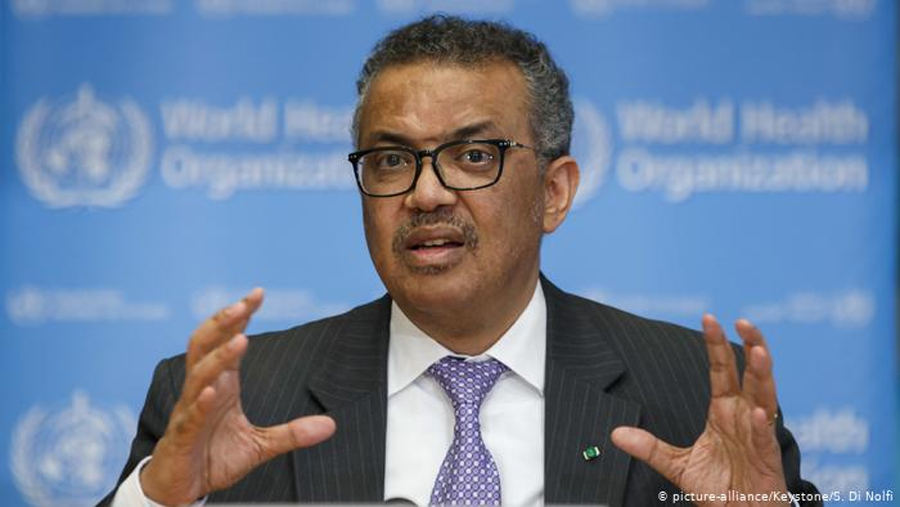 Geneva, September 1: The head of the World Health Organisation has warned that opening up societies too quickly amid the coronavirus pandemic is a “recipe for disaster”.
WHO Director-General Tedros Adhanom Ghebreyesus on Monday insisted that countries that are serious about opening up must also be serious about suppressing transmission.
He said that is not an impossible balance”.
Tedros cited four key points that countries, communities and individuals should focus on: preventing amplifying events as the virus thrives on clusters; protecting vulnerable groups; people taking steps individually to protect themselves; and finding, isolating, testing and caring for cases, while tracing and quarantining their contacts.
The WHO chief said 90 per cent of countries that responded in a new survey reported fallout from COVID-19 on the provision of other health care services.
A total of 105 countries responded to the survey aimed at assessing the impact of the coronavirus outbreak on strained health systems, notably in low- and middle-income countries.
Tedros said the survey, covering five regions between March and June, exposed the need for better preparation for health emergencies like the current pandemic.
The survey found that routine immunization and outreach services were among the most affected, with 70% of countries reporting disruptions, followed closely by the diagnosis and treatment of non-communicable diseases like cardiovascular disease and cancer.
Nearly a quarter of countries that responded reported disruptions to emergency services.
WHO cautioned about some limitations about the study, including differences in the phases of the outbreak that countries were experiencing. (AP)