DIMAPUR, OCTOBER 21: The Yung Aung faction of the NSCN/GPRN has claimed that the ongoing “political honeymoon” between Government of India and the Naga political groups is bound to end in “disastrous failure”.
“Looking at the series of India’s past betrayal and dishonesty, the ongoing political honeymoon between GOI and Naga peace groups is bound to end in a disastrous failure,” said a statement issued by the group’s MIP.
Substantiating its claim, the NSCN (YA) claimed that the “growing tension, distrust and confusion within the pro-talk groups” is the result of India’s “insincerity and artificiality” in dealing with the Nagas.
At the same time, the statement alleged that the Naga political groups engaged in talks with India have lost their political wisdom as they have long since deleted the word sovereignty from their national diaries.
“Having succumbed to India’s empty promises and threats, their ideologies are now confined to the arbitrarily drawn state and international boundaries. Sadly their insatiable appetite for quick money and luxurious lifestyles has beclouded their political visions,” it alleged.
The NSCN (YA) therefore claimed that there is no comparative bearing between those who seek to give up their sovereign birthright in exchange for mere economic benefit under Indian constitution and those who continue fighting for it by any means necessary.
“It is up to the wisdom of the Naga people to make a choice between full sovereignty and dependency solution,” it stated, adding the NSCN (YA)’s refusal to accept anything less than full sovereignty is well understood by the adversaries themselves.
Stating that Nagas’ political struggle against foreign invaders started more than 7 decades ago and ever since Nagas are reeling under India’s brutality and bondage, particularly under her military forces and intelligence empowered by draconian laws and other repressive acts, the statement said it is high time the international community condemn India’s hegemony and accept that WESEA and Kashmir are “occupied land” and in accordance with the UN charter “the indigenous people has the inherent right to resist in every possible way and determine their own future.”
On India’s recent banning of the NSCN (YA) as “unlawful association”, the statement said, “India as a rogue nation has the guts to ban the NSCN/GPRN as ‘Unlawful association’ while Nagas are bleeding under her yoke of oppression and subjected to her terrorist laws like AFSPA, UAPA, NIA act, Disturb area acts, etc.”
Stating that Nagas have time and again declared that Naga political issue is never India’s internal or constitutional issue, the NSCN (YA) denounced such atrocious laws and acts, which it alleged are illegal and clear contravention of international laws and human rights.
The group also alleged that India is currently exploiting the Naga political situation to benefit her purposes and create discord among Nagas. “It is her political tactic and preemptive policy to create a never ending problem among Nagas,” it alleged.
The NSCN (YA) further claimed that it is capable of giving a befitting response to any act of hostility by the enemy and will continue to do so till its goal is accomplished. “For it is not our size that matters, but the continued love and support of our people and the courage and patriotism of our brave Naga comrades, and most importantly our faith in God that matters most,” it added.
(Page News Service) 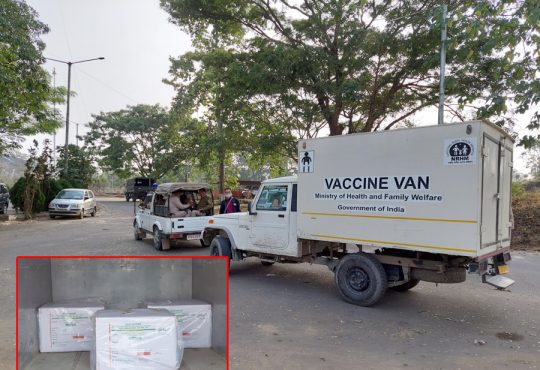