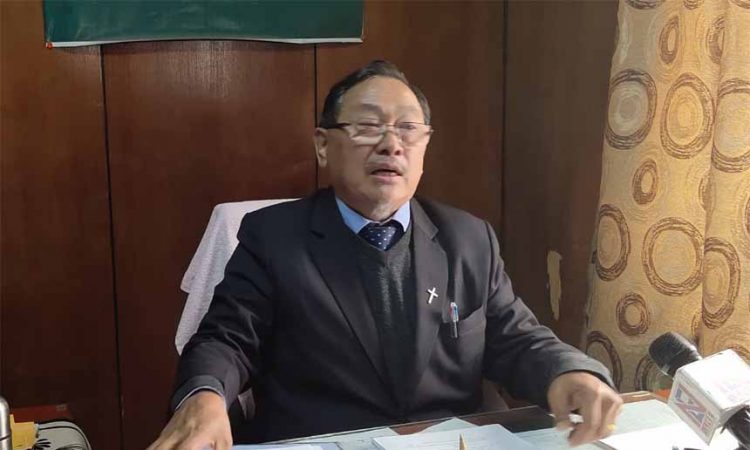 The appeal was made following the adoption of a six-point resolution of the NPCC Extended Executive Committee meeting held here at Congress Bhavan, said NPCC president K Therie while briefing media persons.
“We have decided to appeal to the GoI as the Governor of Nagaland and Centre’s Interlocutor for Naga peace talks R N Ravi have declared even in the recently held State Assembly that the ‘talks have concluded’.
Therie lashed out at the Assembly resolution urging the Government of India and the Naga political groups to sit across the table for the conclusion of the political negotiation that is honourable, inclusive and acceptable to the people as “One Solution” without any further delay.
He termed it as a ‘vague argument of the State Assembly’ saying when the Governor in his address to the House said ‘talks have conclude’ then what is the point of asking to continue the talks.
“Since the talks have concluded and, while the stakeholders involved in the talks have accepted it there is no need to keep solution pending,” said Therie while appealing to the GoI to “implement solution at the earliest”.
“The GoI should be reasonable to the people of Nagaland… when there is no need to talk anymore, why should a solution be held back,” he said adding that Congress leaders of the 12 district have unanimously resolved to implement the solution at the earliest.
He also pointed that 14 tribes, Nagaland Gaon Burahs Federation, some important NGOs as stakeholders of the State have already conveyed what is acceptable and what is not the solution should not be delayed any further.
The Framework Agreement has been signed with NSCN(IM) and Agreed Position with 7 Naga National Political Groups and everybody has been included in the talks for the last 24 years, except the Naga National Council by Adino Phizo, he said.
Therie pointed out that Prime Minister Narendra Modi had claimed in August 2015 that Naga political issue has been resolved after signing the Framework Agreement while in September 2019 they have informed that talks will conclude on October 31, 2019.
“How many times will they commit and bluff or betray the Nagas… we are also faithful citizens and should not be betrayed, so our main demand is solution be implemented at the earliest,” he said.
The Assembly resolution has skipped the issue of integration of all Naga inhabited areas and therefore there cannot be ‘one solution’ as demanded by the Assembly resolution for all the Naga indigenous inhabitants.
“If Naga areas are integrated there can be one solution but if Nagas continue to remain in different states as per the present arrangement, there cannot be one solution but different solutions has to come according to the States,” he said. However, Therie said that rehabilitation of the cadres of the Naga groups can be done on the same footing but not the political structures.
“Nagaland state government has become anti-Nagaland… they are not for Nagaland anymore,” he said while justifying that the Working Committee of atleast seven groups have agreed to implement the Agreed Position following the Centre ruling out integration of Naga areas, but the present state government does not want it.

“The Assembly resolution will become a stumbling block to the Naga political solution,” he said adding that removal of this government will bring solution. “24 years of negotiation is more than enough for a solution,” he said.
In this, the NPCC alleged that the present State Government is anti-Nagaland and therefore they are playing delay tactics through the Assembly resolution appealing to continue the talks. (Page News Service)